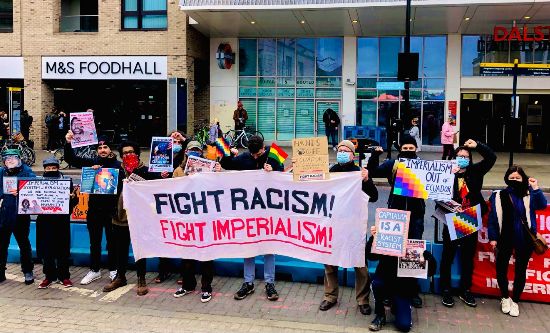 Branches of the Revolutionary Communist Group took to the streets across Britain to demand no imperialist intervention in Ecuador. Tomorrow the people of Ecuador go to the polls to vote in the second round of Presidential elections. 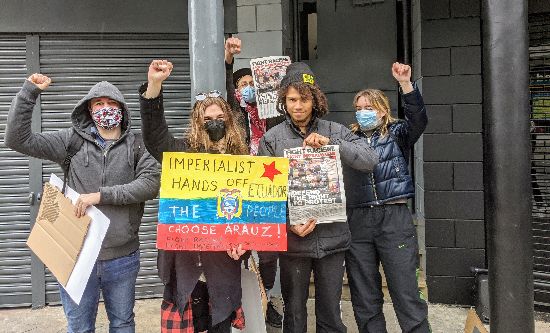 Despite years of political persecution, a misinformation campaign aimed at undermining support for the leftist coalition Union of Hope (UoH) and barriers to electoral participation deployed by the Lenin Moreno administration in collaboration with the US, Andres Arauz of the UoH emerged victorious in the first round of Presidential elections on 7 February. Arauz is leading in polls for the second round. 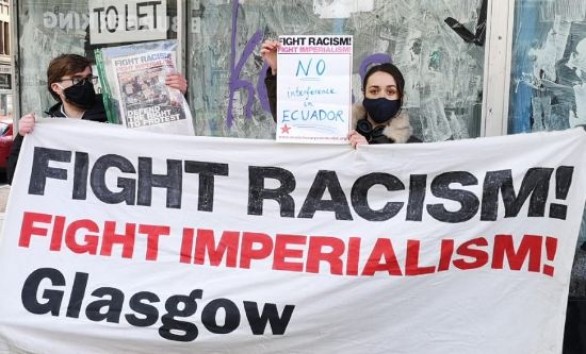 The Ecuadorian ruling class, in coalition with sections of the indigenous Pachakutic party, have called for a military coup to prevent Arauz from winning. They have attempted to undermine the first round of elections as fraudulent with no evidence, recieving support from the notoriously interventionist US-backed Organisation of American States. Argentinian-based newspaper Pagina has published reports of plans to fix the outcome of tomorrow's election in favour of right-wing banker Guillermo Lasso. Arauz is supported by the more radical sections of the indigenous movement and social groups that formed the basis of the Citizen's Revolution. 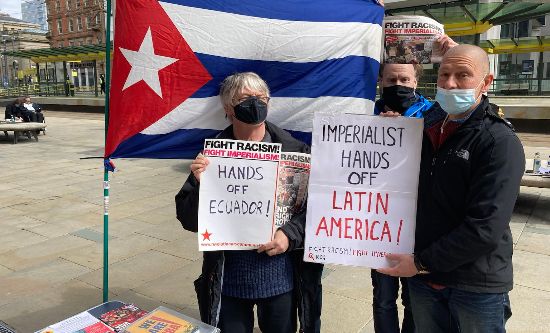 Over the past few days thousands of people have taken to the streets in Ecuador in support of Arauz. The RCG demands free and fair elections in which the people of Ecuador decide their President without imperialist interference. Imperialist hands off Ecuador!