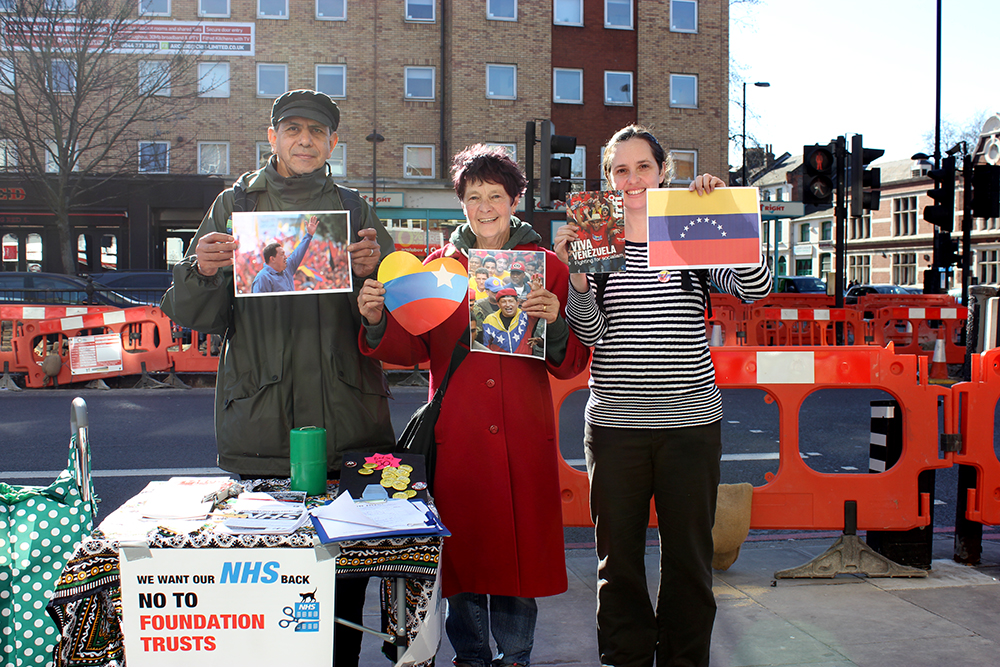 As part of an international week of action, on Saturday 7 March, activists from the Revolutionary Communist Group brought solidarity with Venezuela to their weekly action against the privatisation of Whittington Hospital in Archway, London.

While the Government is happy to bail the banks out to the tune of £1.5 trillion, it has imposed £18 million cuts on the hospital, which is literally the lifeblood of the community. The board are slashing vital jobs and services while at the same time paying city consultants Ernst & Young £426,000 to carry out an audit of the hospital and a further £500,000 consultancy fees to a former car parts company, Unipart.

The privatisation and dismantling of the healthcare system in Britain is in stark contrast to the outstanding commitment to healthcare shown by Venezuela. Since 2003, Venezuela has guaranteed universal free healthcare to all of its citizens through the Barrio Adentro scheme it set up with the help of Cuban doctors. Now residents from poorest urban communities and the most far flung indigenous communities have access to healthcare. Not only does Venezuela ensure healthcare for all of its citizens, through the Operation Miracle project, Venezuela in collaboration has provided free cataract operations for over 3.4 million people across Latin America. A shining example of internationalism