The Federation of Cuban Women - Defending the Revolution, Working towards Equality 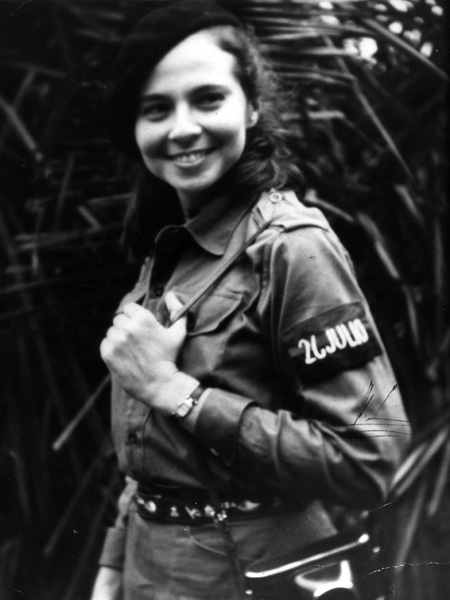 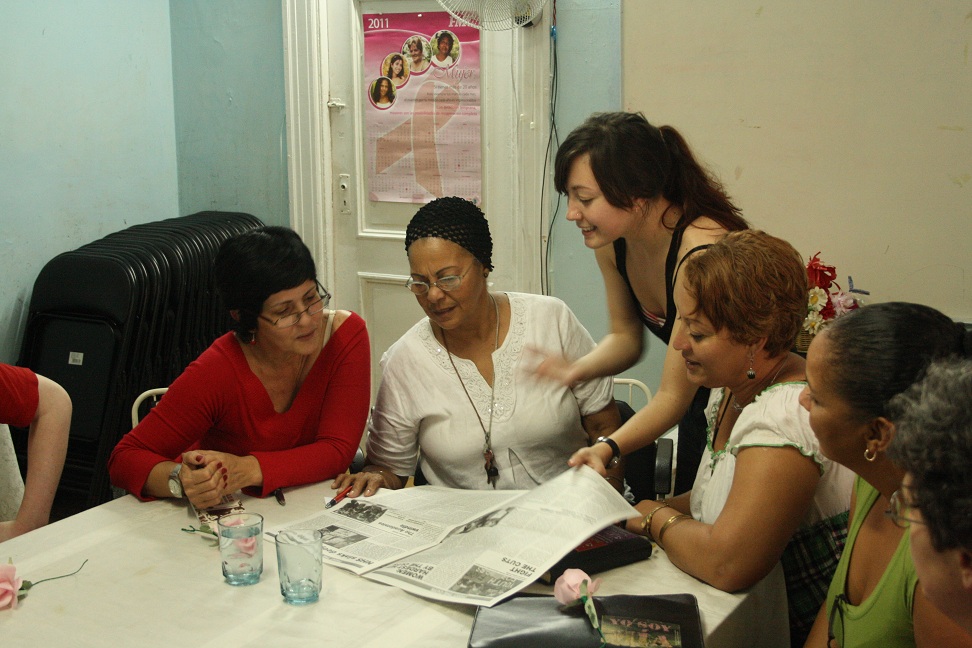 By Rachel Francis for RATB

Left: After her death in 2007, Vilma Espin was voted the 'eternal president' of the FMC at their eighth congress, and the logo which is seen all over the country now bears her image.

Above: The  brigade meets Mirtha Lopez and Caroline Amador at the FMC in Havana.

'We are always improving. We began in 1959 and we haven't finished.' Mirtha Lopez (FMC)

Mirtha Lopez, Caroline Amador, and other members of the Federation of Cuban Women (FMC) were clear; their mass organisation is driving equality forward at every level of society, and it must work hard to do so. The FMC, throughout the process of the Sixth Congress of the Cuban Communist Party (CCP), has focused its work in order to respond to the current needs of women and their communities. Members explained that their primary task is to defend the revolution, the process which enables society to work towards equality. Their deep and humbling commitment to building socialism and equality, their political will, is an inspiration and a crucial advance in changing society for women around the world.