Cuba and Venezuela strengthen agreements on health and education

Created: 06 April 2016
Written by Other sources 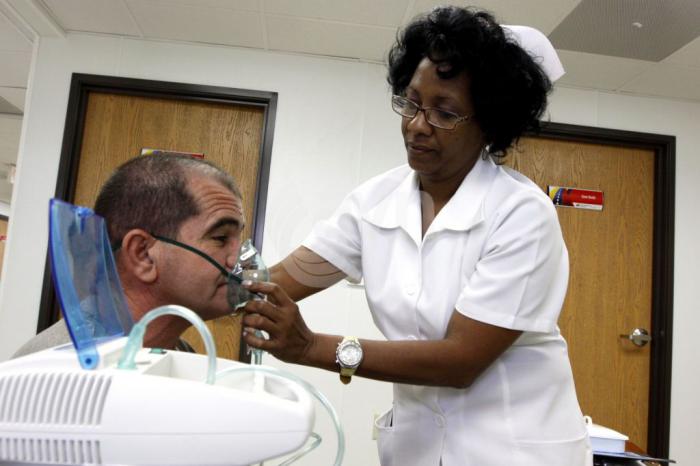 The head of state signed the document during a meeting of the Cuba-Venezuela High Level Joint Commission, held at the Miraflores Palace, reported Prensa Latina.

Maduro highlighted the efforts made by his government to ensure a truly socialist healthcare system. “The right wing media devote themselves to silencing what is being done for the benefit of Venezuelans,” he stated.

He noted total investment of $1.428 billion dollars, as well as 6.954 billion bolivars in the case of health, which will be used to strengthen and expand the medical assistance provided through the Misión Barrio Adentro.

Barrio Adentro, which is central to the Venezuelan National Public Health System, consists of a network of more than 10,000 primary care modules distributed in urban neighborhoods, rural towns and villages across the country.

Maduro added that this first prioritized area also includes a medical supplies program, for which the productive, scientific and technological capacity of Cuba will combine with Venezuela’s pharmaceutical production sector, which forms part of the Bolivarian Economic Agenda launched by the Venezuelan government.

The agreements signed last month in Havana for the period 2016-2030, during a working visit to Cuba by Maduro and part of his cabinet, were also evaluated during the meeting.

The President noted that Venezuela and Cuba have been cooperating for over 15 years, during which time both nations have faced attacks from the empire and the domestic right wing, seeking to undermine these ties.

Since 2000, when leaders Fidel Castro and Hugo Chávez signed the Cuba-Venezuela Comprehensive Cooperation Agreement, strategic alliances have been established and maintained between the two countries.

This April 16 will mark 13 years since the creation of the Barrio Adentro Mission, an unprecedented program in Latin America, providing free access to high-tech health services for all Venezuelans.

Thanks to the Cuba-Venezuela cooperation agreement, in the last 14 years over 700,958,813 free medical consultations have taken place throughout Venezuela.

Currently, some 46,000 Cubans are providing services in the 24 states of Venezuela, across the different social programs that benefit millions of citizens.