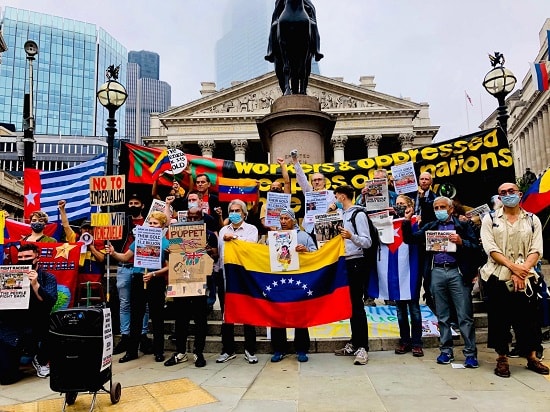 The Revolutionary Communist Group organised a protest outside the Bank Of England in London on 15 August, joined by Latin American solidarity activists. This was to oppose the theft of 31 tonnes, £820m worth of Venezuela’s gold: a violation of the Latin American country’s sovereignty; a breach of international law; an act of piracy; and a dangerous disruption of efforts to defeat the global Covid-19 pandemic. In total alignment with Britain's piratical imperialism, London's High Court of Justice on 2 July ruled against the repatriation of Venezuela's gold destined to be used for emergency Covid-19 provisions.

Protesters chanted ‘Viva Venezuela! Viva Maduro!’ and ‘Hands off Venezuela!’ outside the Bank on Threadneedle Street. Placards, banners and flags expressed support for the Venezuelan people’s Bolivarian Revolution. Speeches decried the hypocrisy and undemocratic behaviour of the British ruling class, the complicity of the liberal media, and celebrated the achievements of the Bolivarian revolution. 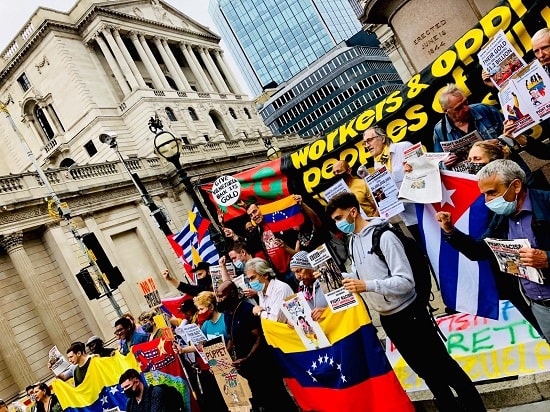 If Venezuela is to emerge victorious from the pandemic it is crucial that anti-imperialists around the globe step up the pressure against the illegal actions of the British, US and European ruling classes. 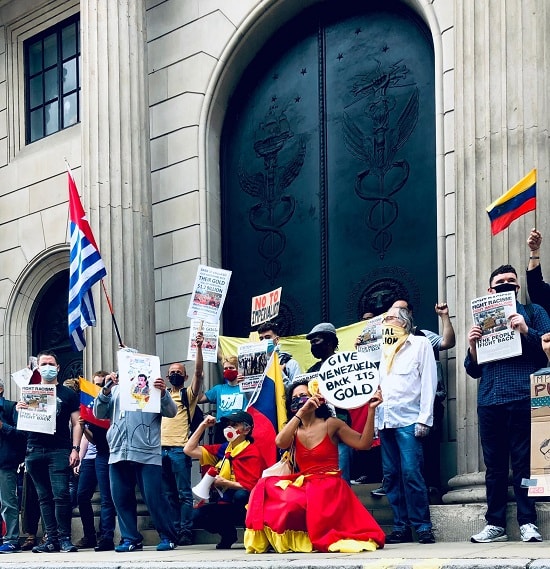 End British, EU and US sanctions against Venezuela!

Solidarity with the Bolivarian Revolution!