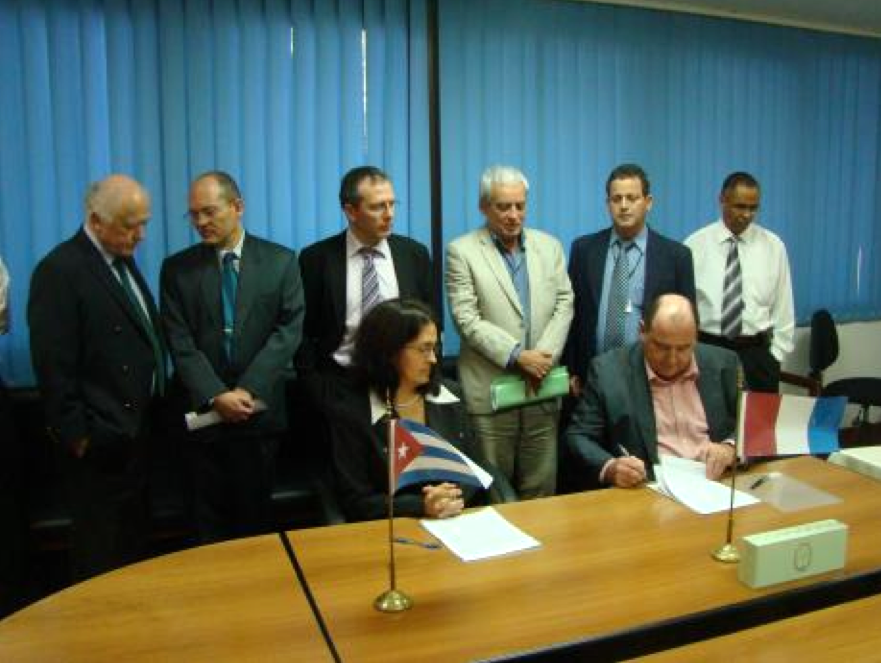 How we did business with the Castros and are developing new therapies for Hepatitis, Dengue, HIV & Ebola

Paris, France -- Breaking new ground is standard for scientists. Breaking a five-decade U.S. embargo against Cuba is certainly new ground for U.S. foreign policy. As the United States begins to look towards economic developments on this island 90 miles south of Miami, it's Europeans like ourselves, who have been at the forefront in one area of economic development in particular: Science and biotechnology. We have done so by development of strong human relationships and innovative therapies, and with the foresight of Fidel Castro's vision of healthcare development.

While seeding strong ties between our Paris-based biotechnology company Abivax and Cuban biotechnology and vaccine institutes four years ago may now be seen as visionary, to us, it was just good research and development. A successful biotech company grows on high level science, breakthrough patent-protected drugs, cash infusions and good people. We were focused on developing novel therapies for severe viral diseases such as AIDS and Ebola, and also on therapeutic vaccines, and that focus led us to find our second home in Havana.

Why Cuba? While it remains largely unknown to the international biopharmaceutical community - though well-known to WHO and China - millions of doses of many vaccines that successfully prevent deadly infectious diseases have been developed and produced in Cuba by thousands of skilled scientists, engineers and technicians, many of them trained in Europe, Russia or the US.

Among several questionable decisions Fidel made in the early eighties, there were a few good ones. They included: educate and train thousands of physicians, biologists and biochemists; build several integrated vaccine research, development and production institutes, such as Centro de Ingenieria Genética y Biotecnologia (CIGB) and Instituto Finlay; and eradicate hepatitis B, meningitis, typhoid fever and polio(myelitis). Simply put he developed Cuba's "Silicuban" Valley - and without any venture capital.

During our first meetings in 2011 with CIGB management and scientists, we found a common language when talking science, patents, GMP manufacturing, clinical trials, and regulatory approvals...and good wine. In contrast, when we discussed this in June 2011 with Fidel's eldest son, Fidel Castro Diaz-Balart, the concept of Cuba becoming a shareholder of a potentially publicly traded, capitalist, biotechnology company in Europe, he joked that it sounded appealing to "create value before a product is on the market." He added it might take a bit longer for the Cuban government to take a capitalist route over the negotiation of product licensing agreements. So we chose the safe route of first negotiating licensing agreements that took three years to ink.

However, we did not wait for signed documents to get our respective teams working closely together. Trust and friendship developed quickly. Non-stop Paris-Havana flights and frequent meetings at CIGB, Finlay or Abivax established the grounds for a deep, long-lasting collaboration from which additional products' license agreements have since been finalized. The first product from our collaboration, ABX203, is a novel anti-viral therapeutic vaccine for the treatment of chronic hepatitis B, a disease affecting 350 million patients that often leads to liver cirrhosis or cancer. ABX203 has been tested successfully in four CIGB clinical trials and a pivotal trial in Asia and Australia, run by Abivax is now ongoing. Phase II studies already demonstrated safety and efficacy in patients.

Today, Abivax is the first "western" biophar¬maceutical company to have established a major col¬laboration with Cuban biotech and vaccine institutes. To Abivax, it means access to excellent vaccine R&D and large manufacturing capacities and the broadening of its product portfolio for major unmet medical needs. To Cuba, it offers access to the West, faster international clinical trials and increasing their market potential.

In addition to our scientific and medical ties, we may have gained our Cuban friends Gerardo's and Ricardo's trust at a dinner in Havana in September 2011. We told them we might call our company EuroCuba if Cuba became a shareholder. An advisor objected, claiming it would be a strong negative in the West, especially to banks and potential investors. We responded that when one wants to marry a girl, telling her she has to stay indoors and out of sight was not the way to go, and that we were proud to publicize our relationship. Moreover, our marriage should last and grow because of the strong foundations we have built together. As our partners told us, "You were here with us before Obama and Raul ever spoke."