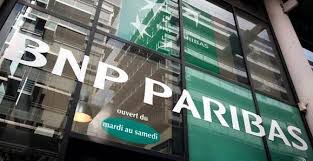 The US is seeking more than €7.4 billion ($10 billion) to resolve a criminal probe into allegations that the French bank evaded US sanctions against Iran, Sudan and Cuba, the Wall Street Journal reported Thursday.

BNP – the largest publicly traded French bank – is seeking to pay less than $8 billion, the newspaper reported citing people familiar with the case.

Still, the multibillion dollar figure would put the fine among the largest penalties ever imposed on a bank and is far higher than what BNP has provisioned for.

A $10 billion settlement figure would represent a "hit" of around 5 percent to the bank's tangible book value and result in a €5 per share impact on the fair value of BNP Paribas stock, Citigroup analysts said.

The US Justice Department and BNP are reportedly currently discussing whether the French banking giant, as part of its punishment, would be temporarily denied the right to transfer money into and out of the United States – a central part of any foreign bank's business dealings in the US.

The report said Justice Department prosecutors continue to press the bank to plead guilty to the charges, which theoretically could risk its US banking license. North America is a key part of BNP's new strategy to increase profits outside Europe. It aims for the region to account for 12 percent of its 2016 revenues, up from 10 percent in 2013.

A person familiar with the negotiations said in May that US prosecutors were insisting not only that it plead guilty to charges that it did business with parties in Iran, Sudan and elsewhere that were under US sanctions, but also fire 12 employees involved in the transactions.

The Journal said a final resolution of the BNP case, which is related to the bank's activity in 2002-2009, is still "likely weeks away".

In a separate case last week involving a bank that helped thousands of Americans avoid taxes, Switzerland's Credit Suisse pleaded guilty to one felony charge and was fined $2.6 billion but was allowed to keep its banking license.

That was the first time in 20 years a major bank had been convicted on US criminal charges.

Last year BNP set aside €789 million ($1.1 billion) to resolve the US sanctions case. But in its first-quarter earnings report in late April, BNP noted "a possibility that the amount of the fines could be far in excess of the amount of the provision."