The caravan against the blockade goes on!

The monthly caravan protests against the US blockade of Cuba continued this month, showing the world's opposition to the genocidal US blockade. This month, activists from Rock Around the Blockade and the Revolutionary Communist Group stood up to imperialist warfare and propaganda against socialist Cuba, with some choosing to focus on Cuba's environmental achievements. Get in touch if you'd like to participate in the activities next month! Here are some photos and videos from around the country:

Supporters in London joined in with Cubanos en UK to host a demonstration against the blockade. 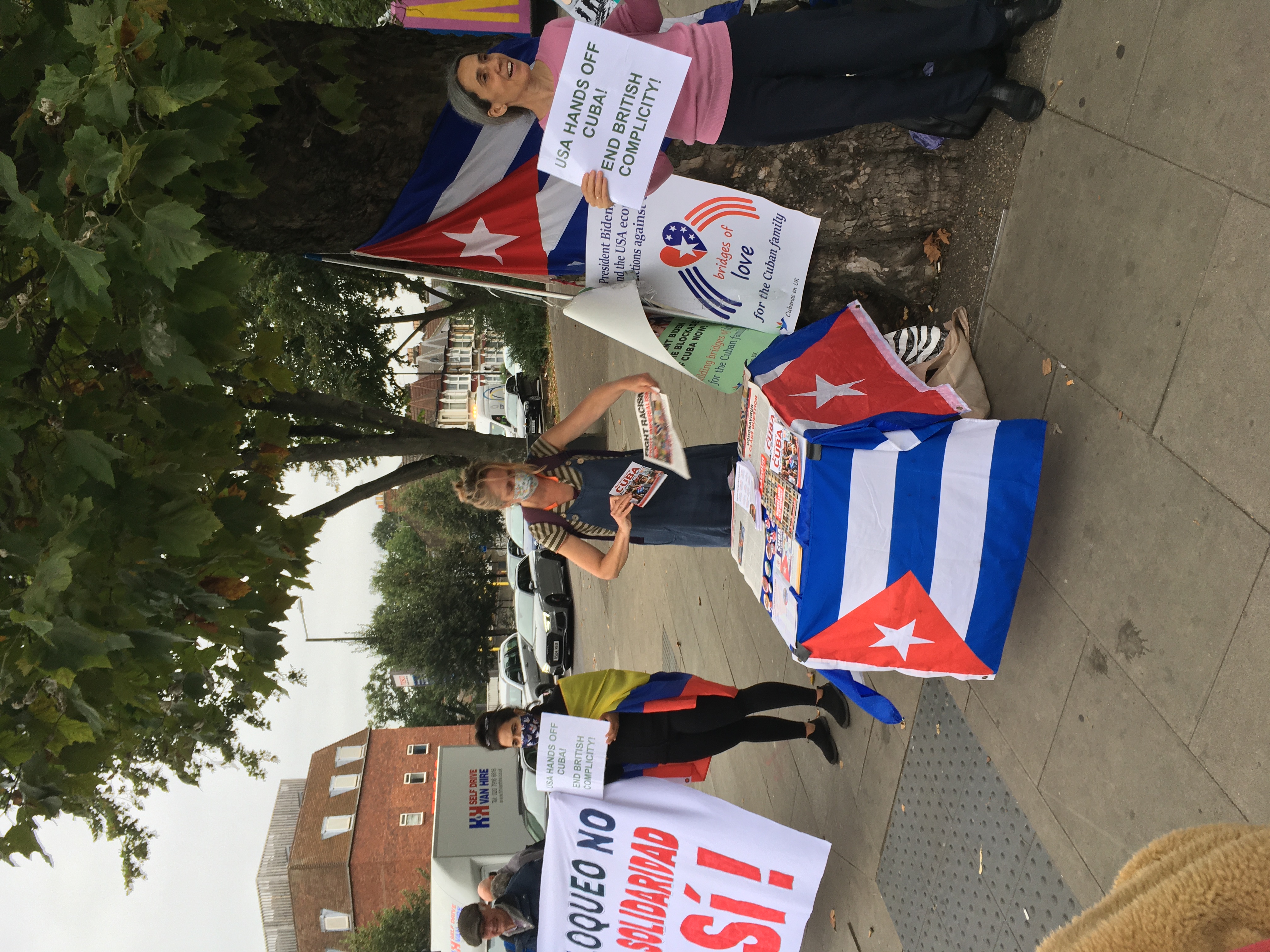 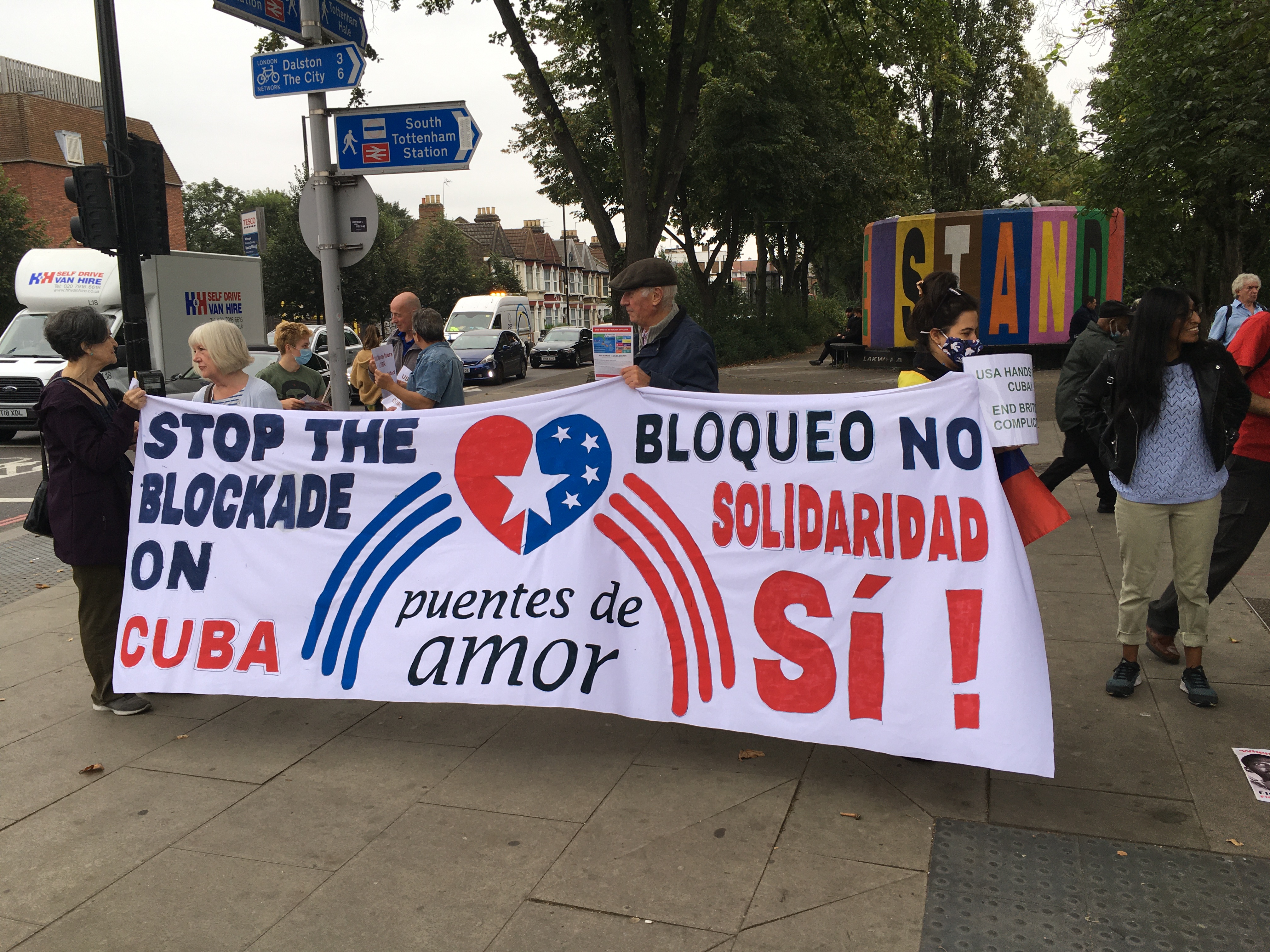 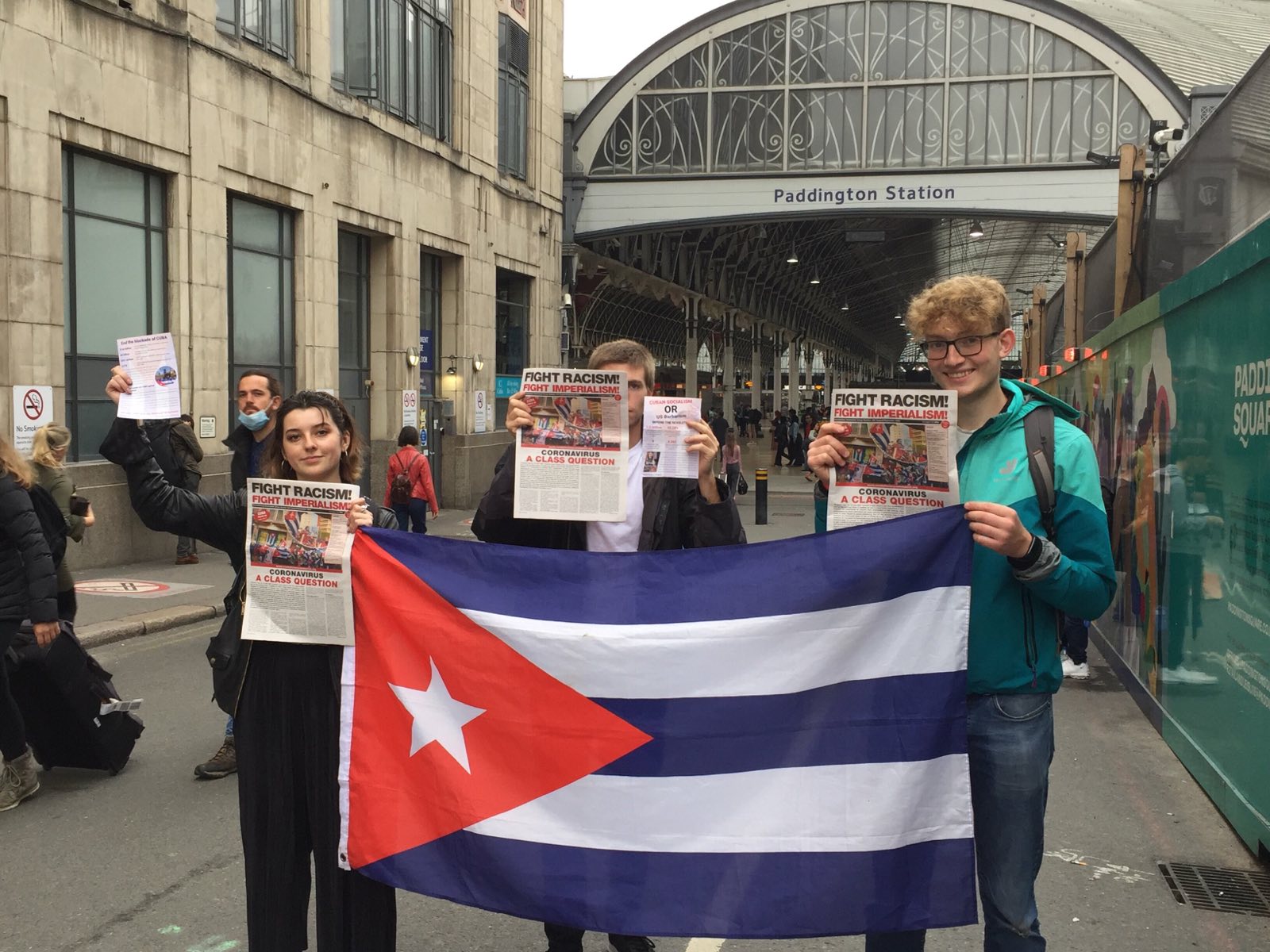 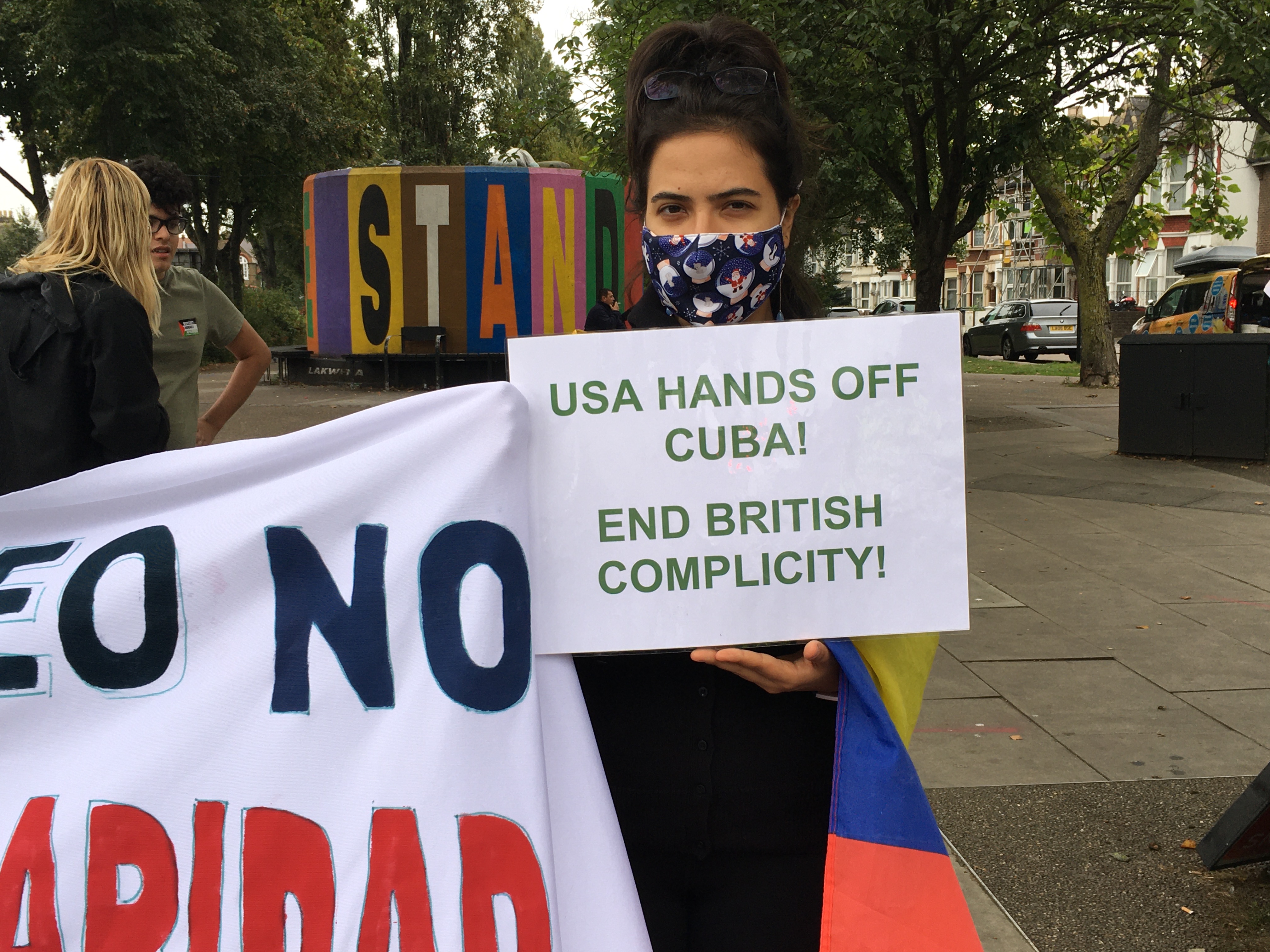 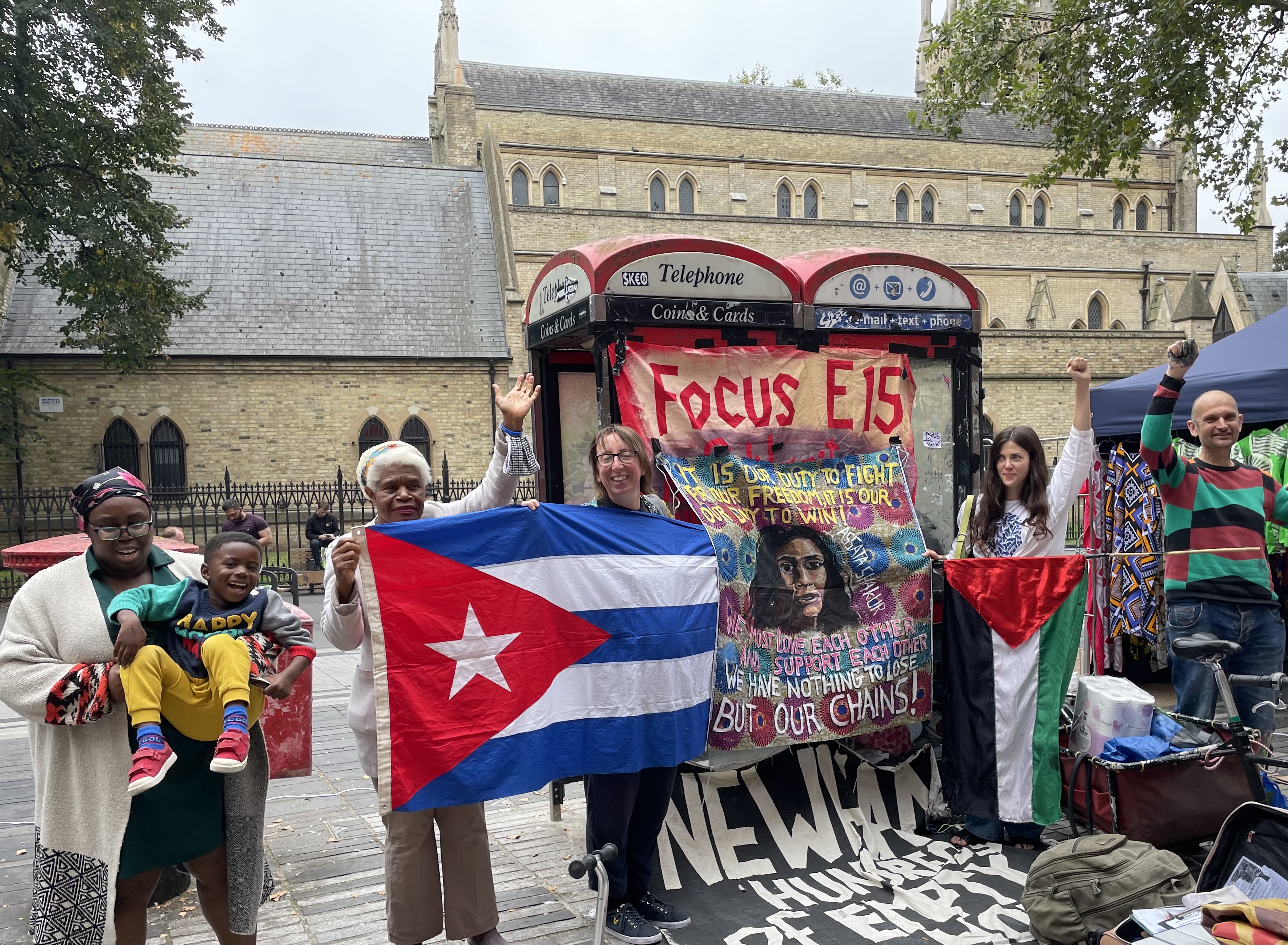 Newcastle FRFI supporters took the campaign against the US blockade to the climate struggle, pointing out Cuba's incredible environmental achievements. 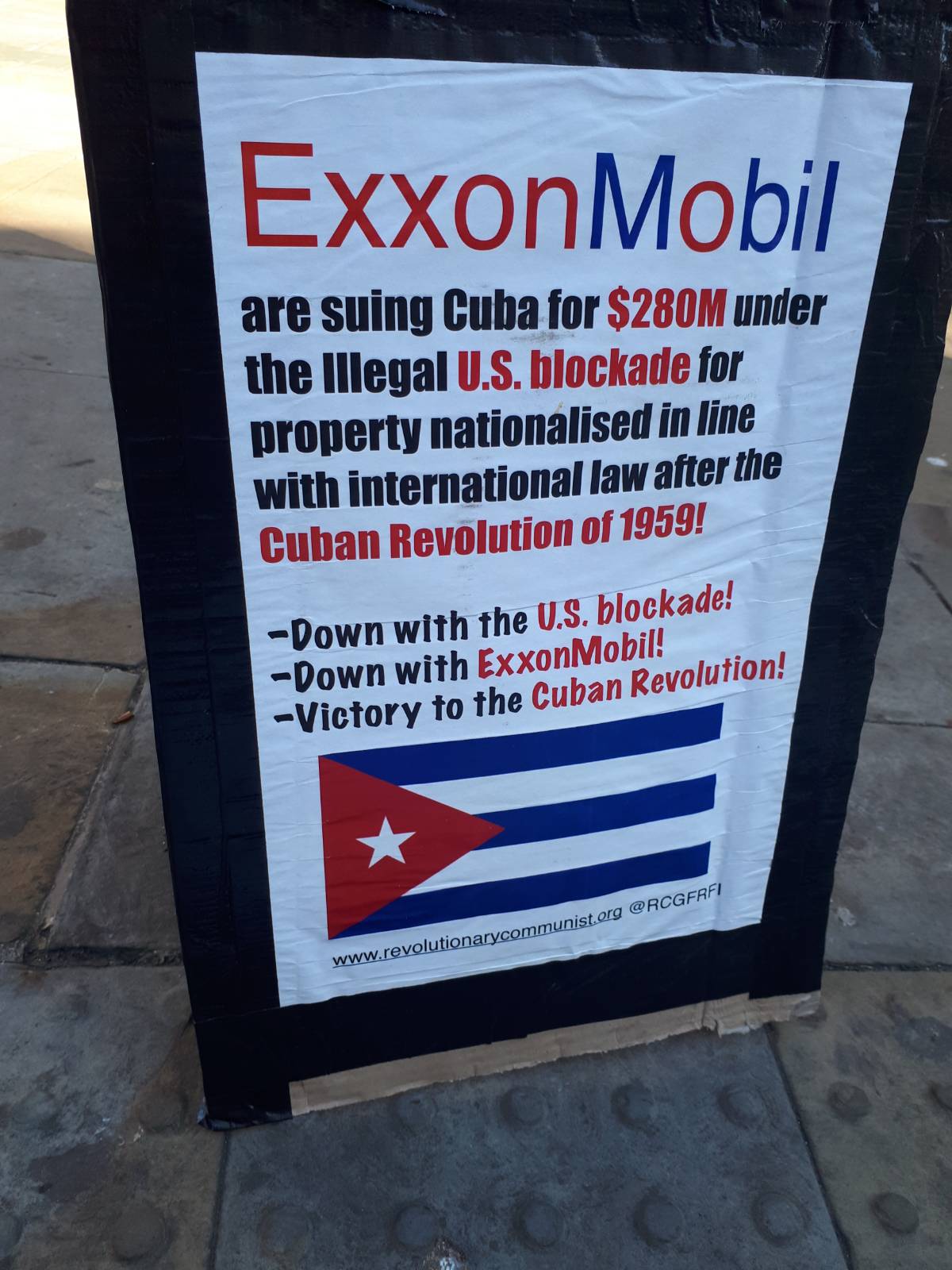 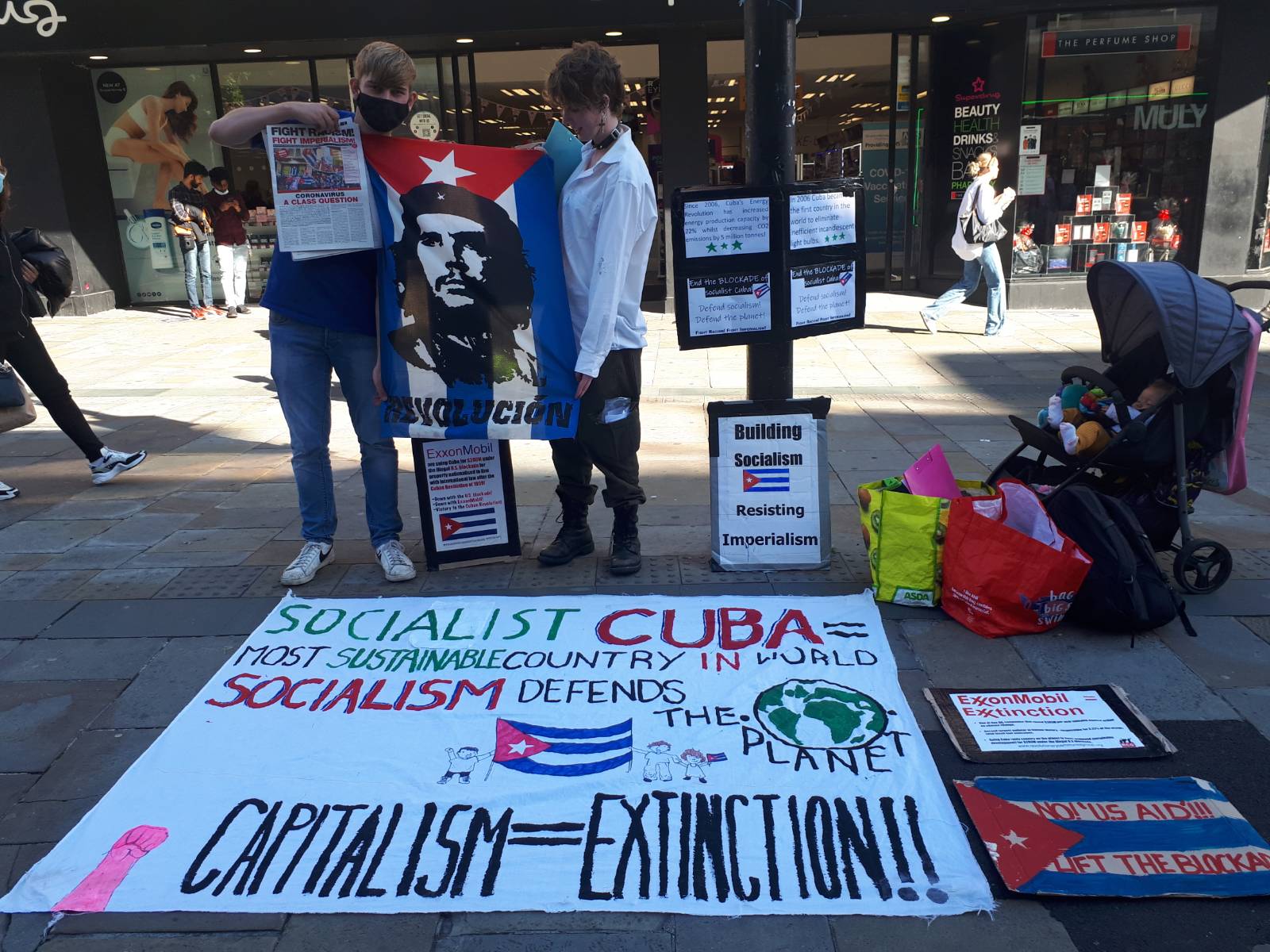 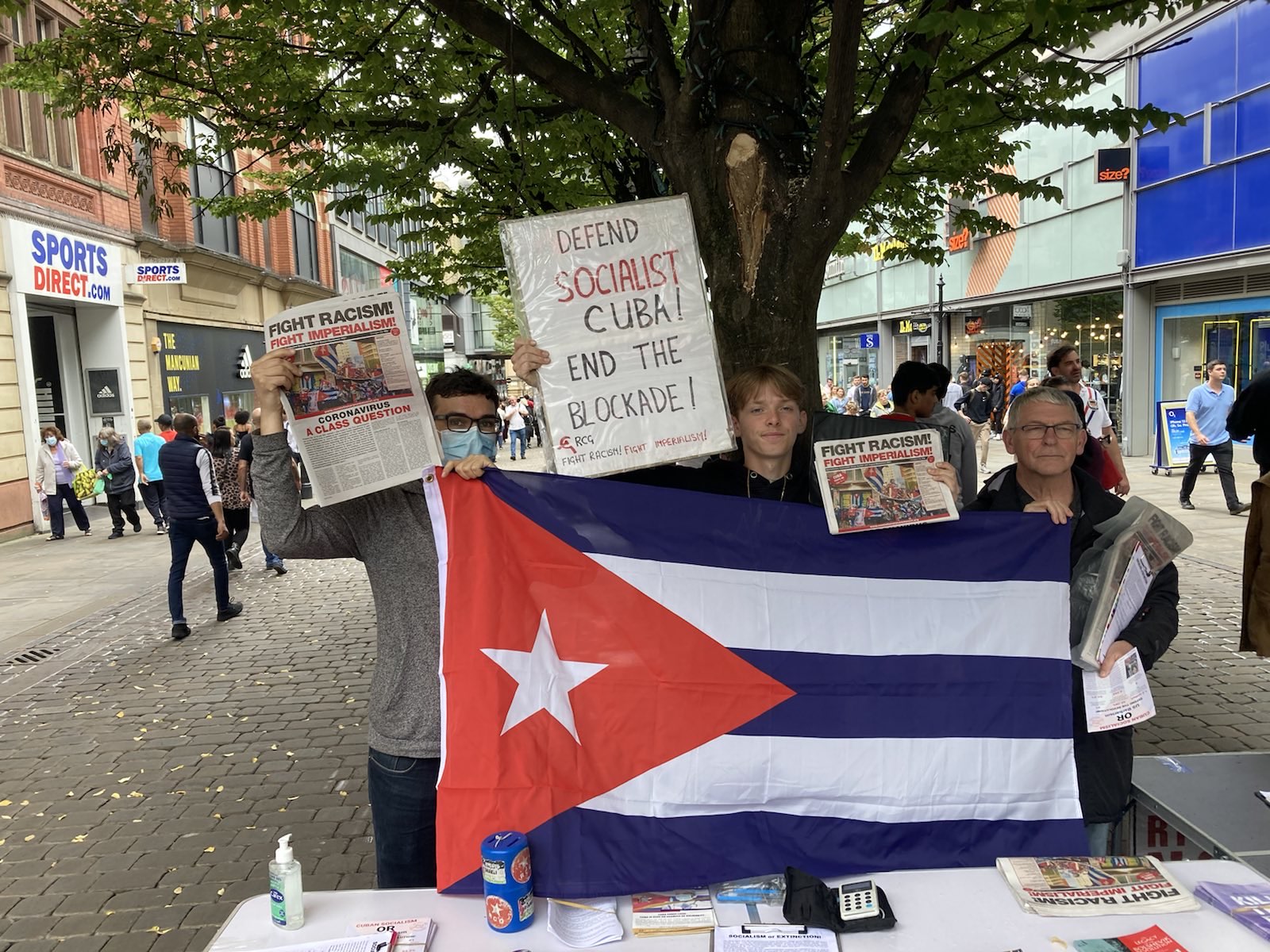 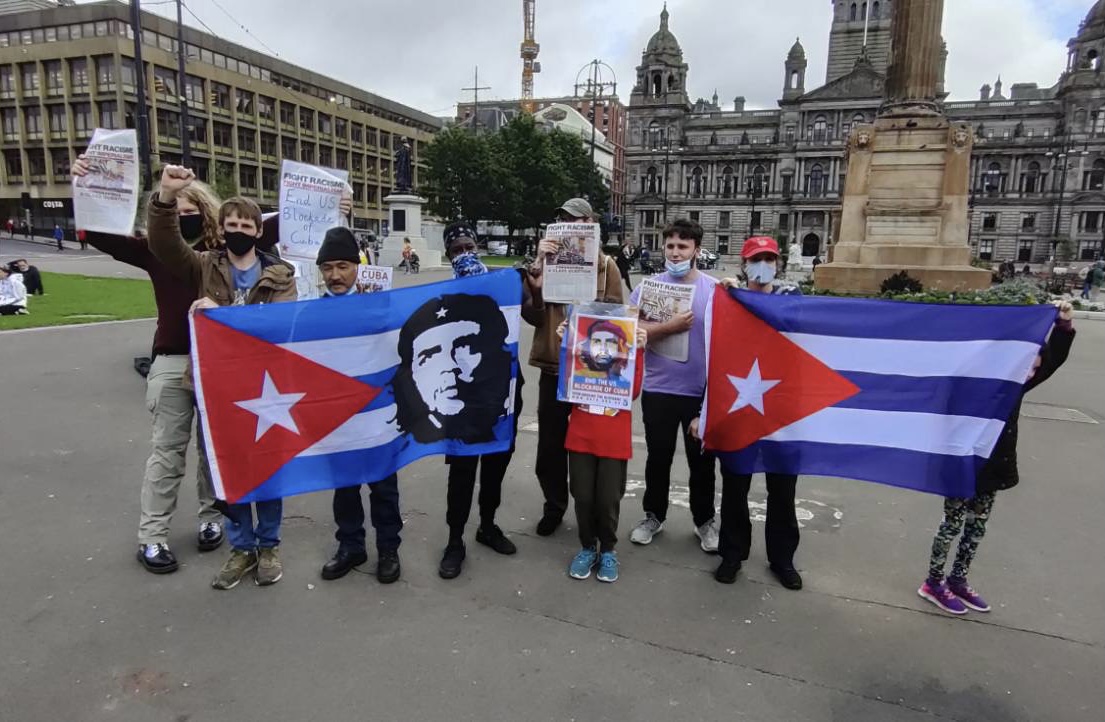