As Cuba goes online, the US plans subversion 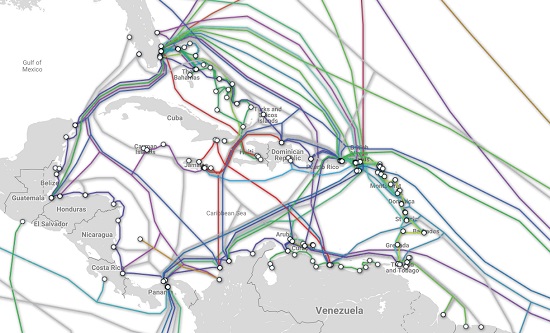 ‘The internet appears to have been made for revolutionaries’ – Fidel Castro

By Will Harney and Conan Underhill | FRFI

Far from seeing the internet as a danger to be controlled or censored, the Cuban government recognises its potential for empowering oppressed peoples in the revolution against global capitalism (Granma 16 February 2018). The new Cuban President Miguel Diaz-Canel urged in his maiden speech to the National Assembly of People’s Power on 19 April that Cubans must be ‘more creative with spreading our truths’ and start using new technologies to publicise life in socialist Cuba, to counter the lies and misinformation spread by their enemies. This is why development of Cuba’s internet infrastructure has continued apace despite its primary obstacle: the US-imposed economic blockade of Cuba. Meanwhile, US President Trump has ordered the creation of a task force to explore the potential of using the internet to undermine the Cuban revolution. Will Harney and Conan Underhill report.

Cuba is prevented from accessing most of the undersea fibre-optic cables which skirt the island, due to the US blockade which prohibits the majority of service providers, based in the US, from connecting to the island (FRFI 218) – with the exception of the US detention camp at Guantanamo Bay, connected to Florida by the GTMO-1 cable since 2015. Internet usage has therefore always been expensive in Cuba and has been rationed to provide vital service to medical, research and educational institutions. In 2008, Venezuela launched the Venesat-1 (or ‘Simon Bolivar’) Satellite from a rocket base in China to provide internet, television and telephone connectivity to Latin America, to the benefit of countries which had been forced to depend on US infrastructure. This enabled greater internet access in Cuba but connection via the satellite remained slow compared to a cabled network. Then in 2013 the 1,860km ALBA-1 fibre-optic cable was constructed between Venezuela and Cuba. Public Wi-Fi hotspots have multiplied to more than 500 in the years since.

150,000 teachers and two million students now have access to networked computer labs. The number of Cubans using the internet increased from 3% in 2010 to 40% in 2017. This number set to grow as state telecom company ETESCA plans to introduce mobile internet to Cuba this year, and residential internet access, already available in Havana, is rolled out in Santiago de Cuba.

On 7 February was the first meeting of the US government’s new Cuba Internet Task Force (CITF). According to its charter, over the next year CITF is to explore ways of expanding internet access in Cuba and promoting the ‘unregulated flow of information’ to the island. The Task Force was established in compliance with President Trump’s National Security Presidential Memorandum NSPM-5 ‘Strengthening the Policy of the United States Toward Cuba’. Its role is currently advisory, and its first meeting was attended by several agencies and organisations:

The use of the internet to foment regime change is one of the evolving threats to Cuba’s sovereignty, though it is a continuation of a long history of information-based subversion. Throughout the Cold War the US government and CIA set up various radio and TV stations which broadcast propaganda to Cuba including Radio Marti (under the OCB). It is no surprise to see the OCB involved in CITF.

The OCB is a media group set up by reactionary Cuban exiles in Miami with the purpose of spreading counter-revolutionary propaganda to Cuba; however, their effectiveness in reaching ordinary Cubans with their broadcasts has often been questioned by their US government sponsors.  A telephone survey conducted by the International Broadcasting Bureau in 2005 found that just 13 out of the 1,589 Cubans interviewed had seen TV Marti in the past year. From 2006-13, the OCB launched ‘Aero Marti’, an aircraft-based broacasting system, at the expense of $35,667,660. The broadcast signal was jammed by Cuba and the aircraft was grounded (even in storage it cost $72,524 per year and the programme was ended in 2014). In response the broadcaster has diversified its means of spreading propaganda through digital technology. According a 2014 report from the Office of Inspector General, the OCB delivers 1,000 DVDs to Cuba weekly, sends out SMS texts and distributes high-tech flash drives made of paper. As more Cubans go online, the OCB will be eager to find ways to exploit the new-found connectedness of the island to spread its subversive messages.

‘Have any of you been to Cuba? When you go, you will see as I have with my own eyes the Cuban people communicating using smartphones at the expanding number of hotspots… The FCC reported as recently as 2015 that 40% of my city [Detroit’s] residents have no access to the internet’ (Worker’s World, 18 February 2018).

The Task Force’s objective of expanding internet access in Cuba is disingenuous. Though the US cannot tolerate it, Cuba will connect to the world on its own terms.

Cyberwarfare operations and online misinformation campaigns are enthusiastically denounced by imperialist governments and Western media when they are carried out by Russia, China, or the DPRK. However, the cyberwarfare and information warfare capabilities of the US, Britain and other imperialist nations are highly developed for use against the populations of other countries.

In addition to aggressive propaganda operations (‘psy-ops’), the US has employed more destructive methods of information warfare, such as in 2009-10 when Iran’s Nataz nuclear facility was attacked by the Stuxnet virus. It emerged that this virus which destroyed 1,000 uranium centrifuges was the work of US and Israeli programmers as part of the top-secret Operation Olympic Games. Britain has its own information warfare (‘Information Activities & Outreach’) group, the 77th Brigade, nicknamed ‘Chindits’ after a guerrilla force in the colonial Indian Army. On 8 March the British government announced the opening of its new Defence Cyber School to train its next generation of ‘information warriors’. In response to a Parliamentary question after the 4 March poisoning of Sergei and Yulia Skripal at Salisbury, Prime Minister Theresa May stated that she would not rule out using cyberattacks in retaliation against Russia.