The dayschool took place on the eve of the 50th anniversary of the Cuban Revolution, and in the context of a revolutionary socialist movement that is gathering pace in Latin America. The dayschool was also supported by the Movement of Ecuadorians in the UK (This email address is being protected from spambots. You need JavaScript enabled to view it.).

Dr Helen Yaffe spoke in detail about Che’s work in the Cuban Ministry of Industry during the 1960s. His Budgetary Finance System was an alternative to the system of planning in the Soviet Union, and his conception of socialist transformation influences Cuban society to this day.

Prof Al Campbell spoke about the challenges facing President Hugo Chavez and the socialist movement in Venezuela, as they struggle to overturn capitalism in spite of imperialist aggression and interference from the United States.

Robert Clough described the unique features of the anti-imperialist movement in Bolivia and its development into a powerful force for socialism, defeating violent opposition from the ruling class, again sponsored by imperialism.

Finally Fidel Narváez from the Movement of Ecuadorians in the UK spoke about Ecuador’s new anti-imperialist constitution, which has provided the starting point to free Ecuador from the exploitation of oil multinationals and its crippling overseas debt.

The Bolivarian Alternative for the Americas (ALBA) is forging a united front of radical South American governments which represent the interests of the oppressed. It is a battle with global consequences - directly challenging the regional and global hegemony of US imperialism and its allies – and offering an alternative model for social development in the context of capitalist crisis.

RATB is proud to stand in support of the anti-imperialist and socialist movements in Latin America, and will continue publicising their achievements. 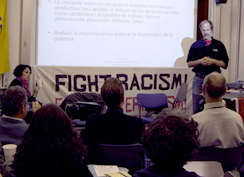 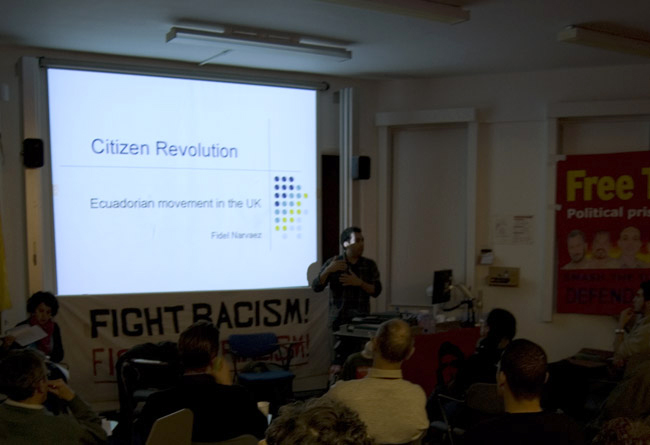 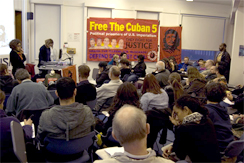