What is the U.S. Government Afraid of? 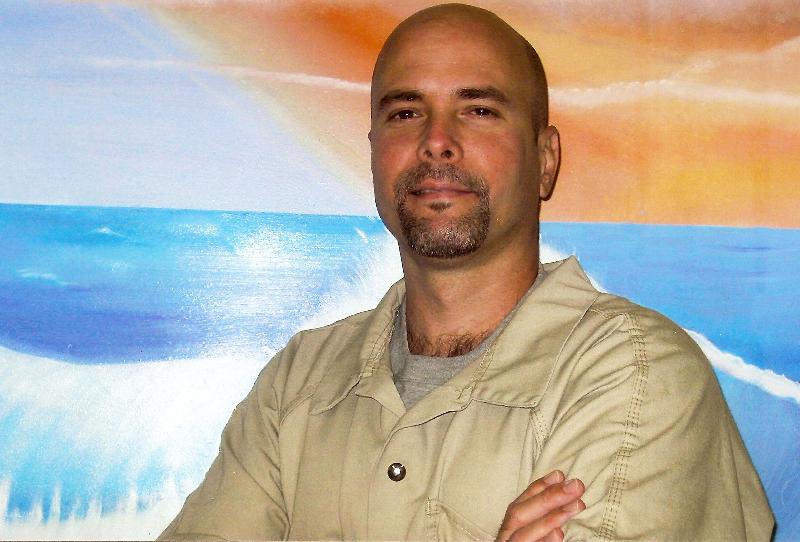 From International Committee for the Freedom of the Cuban 5

In 2001 Gerardo Hernandez was condemned to two life sentences, one of them for conspiracy to commit murder for the shooting down of two planes of Brothers to the Rescue. Gerardo had nothing to do with the shooting down of these planes on February 24, 1996 and the U.S. Government could present no evidence to the contrary. That was a decision of the Cuban Government in defense of its sovereignty after 26 violations of Cuba's airspace by this group.

Despite the fact that Gerardo had nothing to do with this incident, the proof of the place where the planes fell holds the key information to this unfortunate episode caused by Brothers to the Rescue. The evidence of NASA satellite images from that day could exonerate Gerardo. Well within his rights, he has requested the U.S. government to present evidence for which he was condemned by that false charge. To this day the U.S. has refused to do so.
Why is it that the U.S. government continues to hide such crucial evidence? It alleges that the aircraft fell in international waters. Cuba has reiterated with sufficient evidence before international organizations that the aircraft fell in waters within Cuban jurisdiction.
If the US government had the basis to indict Gerardo, why is it hiding the satellite images after 17 years? What is the United State governments afraid of?
Satellite Images Demand Goes to Reluctant Circuit
http://www.courthousenews.com/2013/01/11/53847.htm
PASADENA, Calif. (CN) - There is no reason for the U.S. government to shield the existence of satellite images showing the Cuban government shoot down airplanes, a group told the 9th Circuit. In 2010, the Center for Human Rights and Constitutional Law filed a federal complaint under the Freedom of Information Act against NASA and the National Geospatial-Intelligence Agency (NGA).
The group wants access to any satellite pictures taken on Feb. 24, 1996, of an area near the north coast of Cuba, where Cuban MiGs shot down two aircraft flown by Cuban exiles in the group Brothers to the Rescue, killing four U.S. citizens.
The center believes that such information is critical to a Habeas Corpus petition for Gerardo Hernandez, who is serving life in prison based on charges that he fed Cuba the information that led to the 1996 shooting. Hernandez belongs to a group of Cuban men known as the Cuban Five, detained for spying on Brothers to the Rescue on American soil.
After Hernandez was found guilty of conspiracy to commit murder, an appeals court briefly overturned the convictions against him and his compatriots. The full 11th Circuit eventually reinstated the convictions, and the U.S. Supreme Court refused to grant certiorari.
The Center for Human Rights said confirmation of the satellite images would help it determine where the shoot-down occurred to undermine Hernandez's conviction.But the NGA refused even to confirm or deny the existence of the records or images that the group seeks.
Refusing to acknowledge the existence of an item requested under FOIA is known as a Glomar response, named after the Hughes Glomar Explorer, a ship used in a classified CIA project to raise a sunken Soviet submarine from the Pacific Ocean. Responding to the center's lawsuit, NGA director Barry Barlow explained the reasoning behind the agency's decision in a declaration to the court. U. S. District Judge Margaret Morrow in Los Angeles found this explanation credible and granted the government summary judgment in 2011.
"The court holds that the NGA has met its burden of showing that it acted permissibly in determining that acknowledging the existence or nonexistence of records responsive to plaintiffs' request might disclose sources or methods of foreign intelligence and harm national security," Morrow wrote.
Represented by its executive director, Peter Schey, the Center for Human Rights & Constitutional Law urged the 9th Circuit on Wednesday to revive the case. Schey said this case represents the "very first time" an intelligence agency had taken the position that it would apply a Glomar response to every Freedom of Information Act request. Confirming the existence of the images would only confirm what the world already knows: that America gathers foreign intelligence, he argued. Skeptical, Judge Margaret McKeown told Schey: "That hardly trumps the view that there's a significant national security interest."
Schey insisted that Barlow's declaration was inadequate, calling it a "cookie cutter" affidavit that the agency could wield to deny all future requests for satellite images under the Freedom of Information Act. Judge Milan Smith seemed convinced by Barlow's declaration. He noted that the plaintiffs had a mountain to climb because of lack of case law. Matters of national security are an "area of expertise" for the government, not the courts, he added.
In response, Schey questioned NGA's authority to deny the request at all. He argued that the director of national intelligence, not the NGA, must protect intelligence sources. But Justice Department attorney Thomas Byron said the agency was "authorized" to use a Glomar response. He also disputed the notion that all future requests of a similar nature would be denied using the same exemption. Chief Judge Alex Kozinski asked Bryon why it would threaten national security to confirm the existence of the images.
"I'm not sure how saying that we have a picture at a particular time and place reveals anything at all," the chief said. Bryon stuck to the line that America's enemies might gather information on U.S. intelligence-gathering capabilities and limitations, even if the agency did no more than confirm or deny the existence of the images. He said foreign spies could track where the satellites operate, and glean intelligence from the resolution of the image, and the angle at which a picture was taken. Kozinski pressed for an answer as to whether the agency would use an exemption to deny all Freedom of Information Act requests for images. After some back and forth, Bryon conceded that, when it came to images taken at a certain time and place, the exemption could apply.
The attorney also said that the agency was happy to provide the court with more detail in camera, but argued that such an examination should be a "last resort."

"I'm not asking to see the pictures," Kozinski said to chuckles from the courtroom. "I have enough trouble with the fact that you can see my house on Google maps. If you look close enough, you might see me sunbathing on the patio."