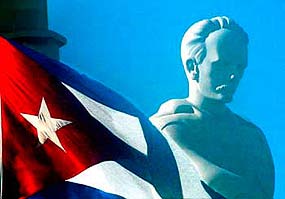 Havana, Feb 15 (Prensa Latina) Members of the Revolutionary Communist Group of Britain expressed their admiration on Tuesday for the achievements of the humanistic process started in Cuba by leader Fidel Castro in 1959.

During a visit to a park in Havana, where people from different generations gather to practice sports, these friends of Cuba donated a series of sports equipment to the National Institute of Sports, Physical Education and Recreation and spoke with children, mothers and elderly people.

In remarks to Prensa Latina, Samantha Cordery, on her second visit to Cuba, said to be very excited and moved for the revolutionary achievements the Cuban people defend.

"This process is concrete and we can witness breakthroughs in sciences, the access to public health care, education and sports," said Cordery on behalf of the brigade founded in 1995.

She said Cuba is an example that inspires us in our political and educational work in Britain, where the public knows little or nothing about this tiny nation´s advances in many fields.

"We are currently promoting the solidarity campaign Rock Around the Blockade, as part of which we demand the end of the US economic, commercial, financial blockade imposed on Cuba for over fifty years," said the activist.

In spite of the blockade, Cuba continues its struggle for the wellbeing of the people, which contrasts with the austerity measures taken by the British government, cutting spending in services and public benefits, she said.