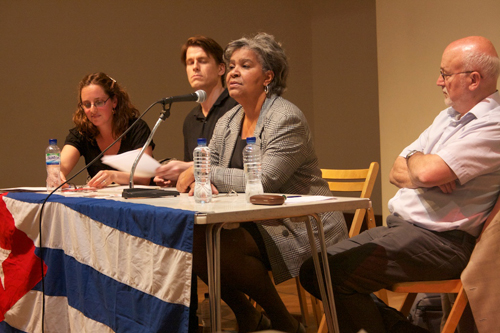 On Friday 6 May Rock Around the Blockade (RATB) packed Bolivar Hall in London for an event to commemorate the Cuban victory against the US-backed invasion at Bay of Pigs (Playa Giron) in April 1961 and the declaration by Fidel Castro of the socialist character of the Cuban Revolution.

The event opened with live music from Peruvian singer Betty Rhaza and Chilean guitarist Fernando Vergara playing revolutionary songs dedicated to Camilo Torres and Che Guevara. They were followed by an impressive range of speakers covering many different aspects of the anniversary.

The first two speakers were Henry Suarez, First Secretary of the Venezuelan Embassy and Alex Von Tunzelman, author of a new book Red Heat: Conspiracy, Murder and the Cold War in the Caribbean, which deals with the US covert war in the Caribbean from 1957 to 1967. Tony Kapcia, Director of the Cuba Research Forum at Nottingham University, described why 1961 – which saw the victory at Playa Giron, the declaration of socialism, the launch of the literacy campaign, and the founding of the Committees for the Defence of the Revolution - was such a significant year for the Cuba Revolution and how it gave the people the confidence to stand together against subsequent threats and hardships.

Helen Yaffe, author of Che Guevara: the Economics of Revolution, spoke about the continuation of US’ war against the Revolution, Cuba’s phenomenal achievements in health and education and how Cuba survived the austerity of the Special Period, whilst increasing spending on health and education – contrasting this to both the experience of neo-liberalism in Latin America and to the current cuts directed against the working class in imperialist countries. She also spoke about the importance of the Bolivarian Alternative for the Americas (ALBA) in which Cuba plays a leading role.

The final speaker was the Cuban ambassador Esther Armanteros who spoke about her personal experience of 1961, from the point when, aged 13, she saw US propaganda leaflets dropped on the beaches, warning against ‘Marxist dictatorship’ and had to ask her uncle what Marxist meant. She then joined the militia formed to protect the Revolution against invasion and later participated in the literacy campaign, and explained to the audience how this meant that when the socialist character of the Revolution was proclaimed, the people welcomed it as they had come to understand in practice what socialism actually meant for those who previously had nothing.

The speakers were followed by questions and comments taken from the floor. RATB thanks all those who helped to make this event a resounding success: the comrades at the Venezuelan and Cuban embassies, all the speakers, the musicians, Diego who translated and everyone who turned up on the night.

In addition to the monthly RATB film showings in London, we have initiated a 2011 educational programme which begins on Sunday 22 May with a discussion about the recent Cuban Communist Party Congress and the economic changes underway. 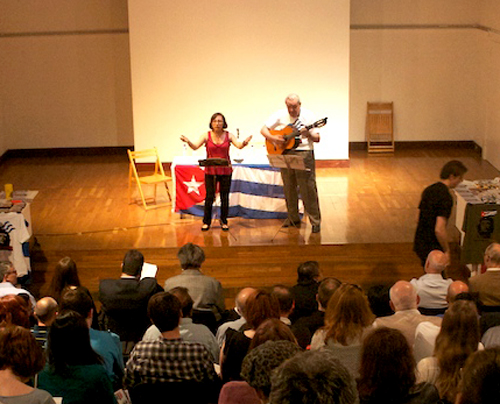 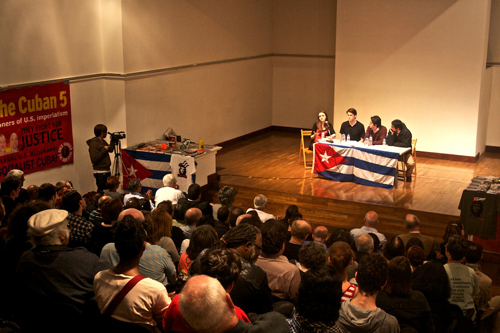 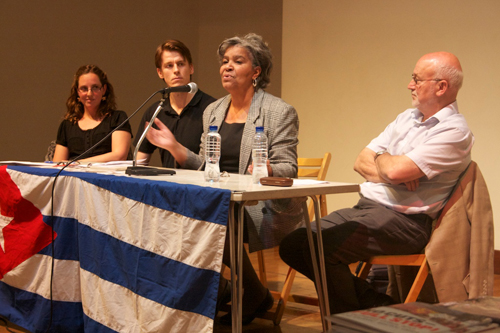 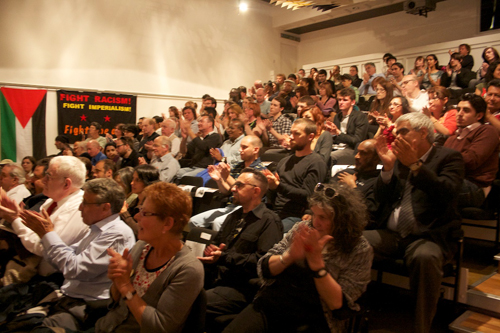