On Tuesday 8 June 2010 Bolivar Hall, London was packed  for the big-screen premier of the new Rock around the Blockade (RATB) documentary Cuba: Defending Socialism, Resisting Imperialism.
The event began with introductions from the producers, Anthony Bairstow and Ethesham Haque, activists in RATB, who explained that most of the filming was done during a solidarity brigade to Cuba in spring 2009.
With just one camera, they returned to London with over 20 hours of footage and edited it into a 50-minute documentary which provides a snapshot of contemporary Cuba and the challenges faced by the socialist Revolution. The narrative comes from the Cubans they interviewed - an organic farmer, a state farmer, a lawyer, an economist, and a speech therapist. There is also an interview with a young Trinidadian studying for free at the International School of Sports of Physical Sciences in Havana.

The interviewees discuss the economic and political situation, including:

The film ends with inspiring footage of May Day in Havana 2009, where the energy and enthusiasm of the people is unmistakable and uplifting. The images and voices of Cuba are prefaced and post-scripted by interviews with four young people who participated in the 2009 RATB brigade. Reflecting on their experiences under capitalism, they discuss their reasons for becoming activists, their expectations and impressions on returning from Cuba and, in the case of the two producers, Anthony and Ethesham, provide an insight about their political motivation for producing the film.

Raul Sanchez, Consul in the Cuban embassy, congratulated the young film makers for the seriousness with which they had dealt with key issues in contemporary Cuba. The documentary was an important political tool, he said, in exposing the propaganda produced in the capitalist world to attack Cuba and socialism. Henry Suarez, First Secretary of the Venezuelan embassy, echoed this and added that the film told the true story about the Cuban Revolution, which had importance for Venezuela and the rest of Latin America. He commented on the relationship between Cuba and Venezuela, which he said was one of human solidarity, not just economics.

This was followed by comments and questions from the audience. Topics ranged from the impact of removing the US blockade and questions about the role and commitment of young Cubans to socialism, to points about objectivity, propaganda and Cuba’s record of international solidarity.

RATB would like to thank the Venezuelan embassy for inviting us to host the event and for their participation. Thanks also to the Cuban embassy for their involvement. Finally, we send huge congratulations to Anthony and Ethesham for the commitment and hard work that has gone into producing this excellent documentary.
Anyone interested in arranging a screening in their local area, school, workplace or community centre, should contact RATB: This email address is being protected from spambots. You need JavaScript enabled to view it.. Copies of the film are availble on DVD from RATB for £5 on our stalls or £6 including postage and packaging if ordered over the phone (020 7837 1688) or the website, www.ratb.org.uk. 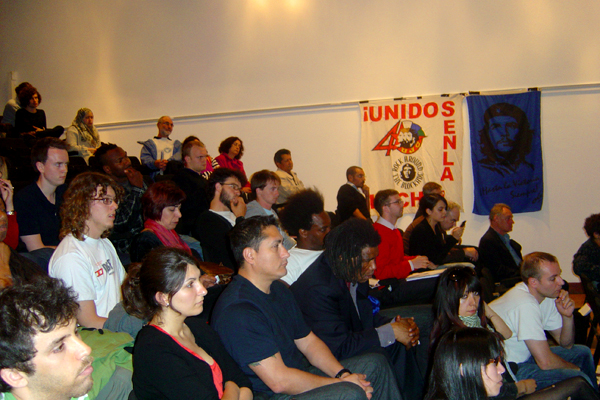 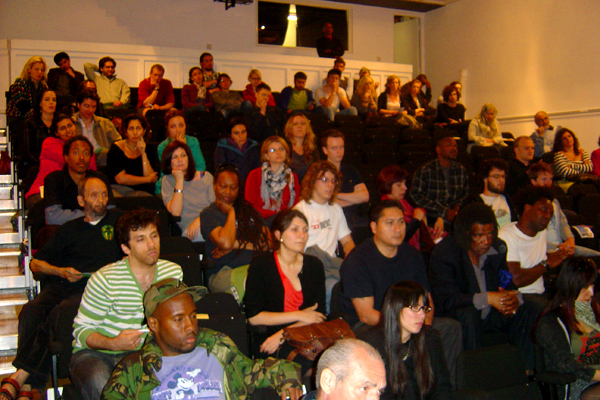