Details
Written by Other sources
Created: 06 May 2016 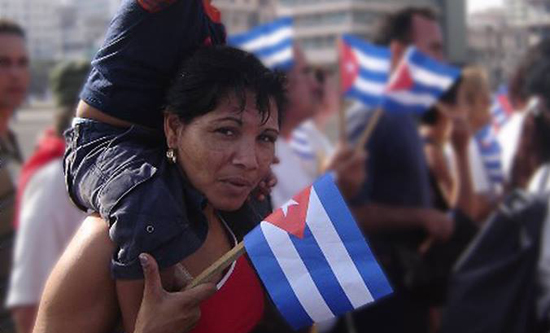 Rock Around the Blockade would like to invite you to our upcoming meeting in North London this Tuesday 10 May from 7.30pm:

'Is Cuba still socialist?: Reflections on the 7th Congress of the Communist Party of Cuba.'

Speakers: Dr Helen Yaffe, author of Che Guevara: the economics of revolution, discusses the economic and social changes, the significance of rapprochement with the United States and the content and significance of the 7th Congress of the Cuban Communist Party.

The talks will be followed by an open discussion.

Major developments are underway in Cuba:
• Diplomatic relations have been established with the United States and President Obama visited Cuba.
• The number of US visitors has soared while the US blockade is being chipped away.
• The opening of Special Development Zones and the new Investment Law are channelling foreign capital into Cuba.
• Thousands of workers have transferred from state to private or cooperative sector employment.
• Cubans are permitted to sell their homes and cars on an open market.
• The Economic and Social Guidelines approved in 2011 have reduced the state’s control of the economy.

What do they mean for the socialist Revolution?

The 7th Congress of the Cuban Communist Party (CCP) takes place from 16-18 April. It marks the 55th anniversary of the declaration of the socialist character of the Cuban Revolution, on the eve of the US-backed Bay of Pigs invasion in 1961. The 7th Congress will discuss the future of Cuba’s economic and social model and elect members of the Party’s Central Committee.

Many commentators believe rapprochement with the United States and the increased opening to market mechanisms forebode the end of Cuban socialism. Are they right? What lies behind the structural changes underway?

Come and discuss this and other issues…

Organised by Rock Around the Blockade
This email address is being protected from spambots. You need JavaScript enabled to view it.

Smash the illegal US blockade! US out of Guantanamo! Viva Cuba socialista! 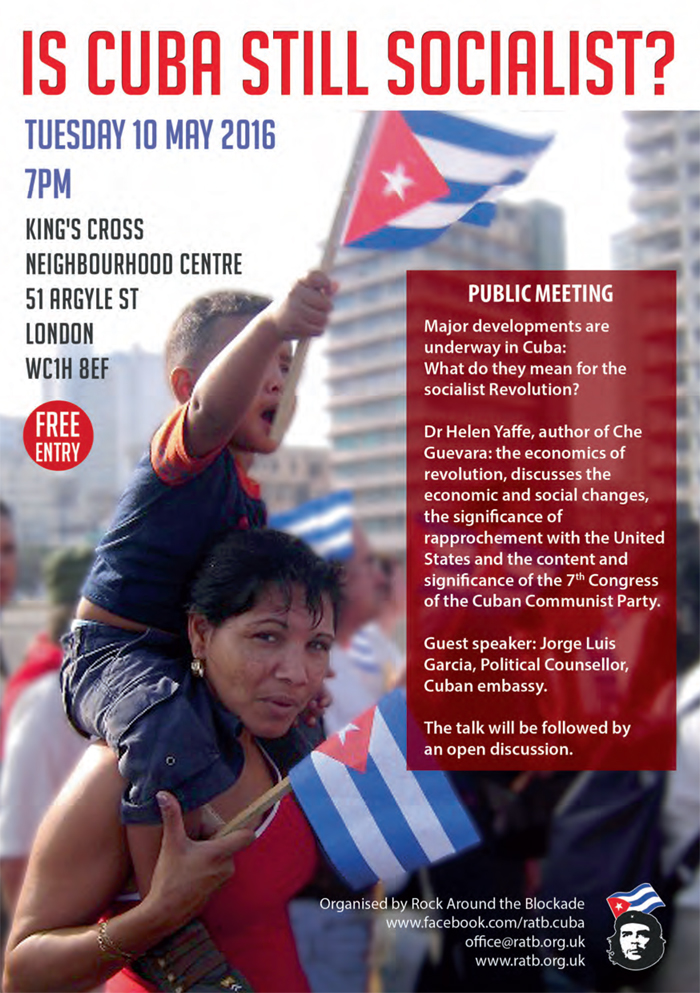