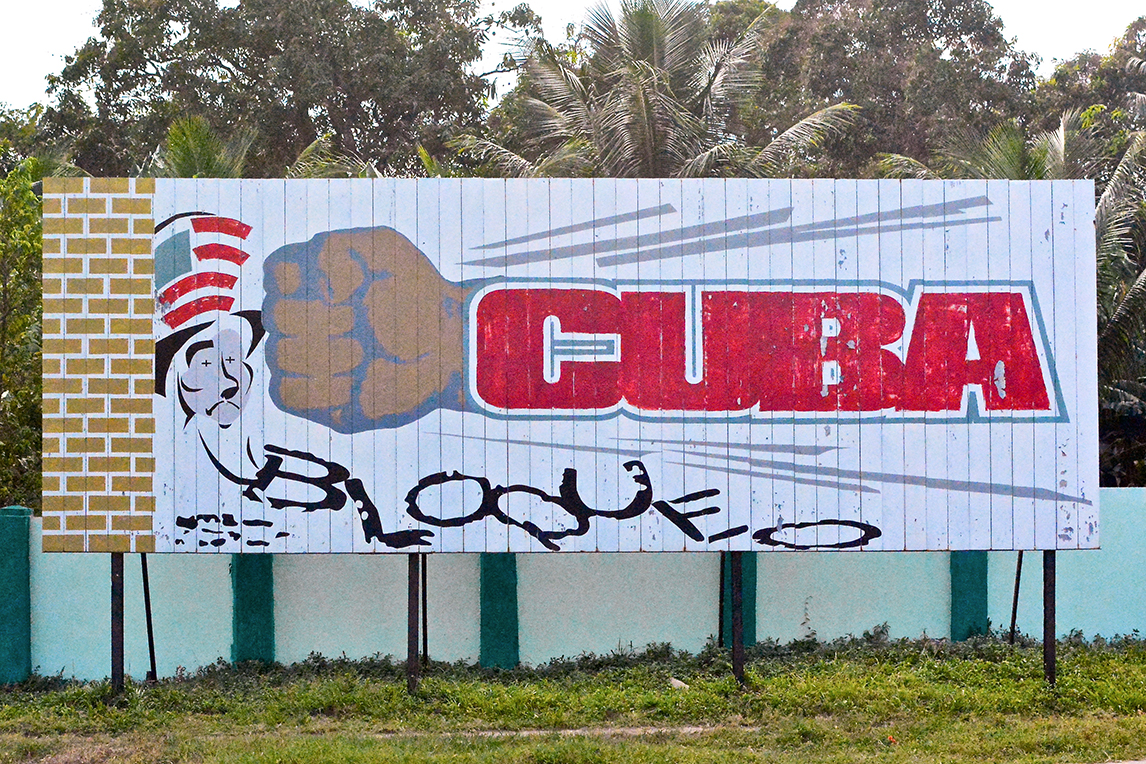 The Revolutionary Communist Group, our newspaper Fight Racism! Fight Imperialism! and our campaign in solidarity with socialist Cuba, Rock Around the Blockade are honoured to attend the Anti-Imperialist Solidarity Conference for Democracy and against Neoliberalism, convened by Socialist Cuba in Havana between 1-3 November.

From imperialist Britain –which invades, occupies and plunders oppressed countries around the globe, whilst imposing austerity on the working class at home- we raise the banner of Cuban socialism and its achievements. We stand in solidarity with the struggle to build socialism in Latin America and completely oppose the escalation of imperialist attacks on this struggle: We reject the intensification of the genocidal blockade on Cuba, we protest against the imposition of Title III of the Helms-Burton Act, in particular picketing Esso petrol stations (which are owned by ExxonMobil, the first multi-national corporation to file a case under Title III). We oppose the continuous coup attempts against the democratically elected government of Nicolas Maduro and the murderous economic sanctions placed on Venezuela. We demand the Bank of England releases the $1.3bn worth of gold it is withholding from Venezuela and that Britain refuses to accept the extension of the US blockade to Europe. We oppose the US backed 'tranque' violence in Nicaragua in 2018 and stand in solidarity with the socialist movement in Bolivia, emphatically rejecting the attempts to launch a coup against the democratically elected government of Evo Morales.

We are participating in the Havana conference to exchange with those at the forefront of the anti-imperialist struggle for socialism in Latin America. We salute the steadfast resistance against destabilisation in Venezuela, Nicaragua, Bolivia and Cuba. The popular uprisings against neoliberal governments in Haiti, Honduras, Ecuador, Chile, Argentina and Brazil illustrate that the right-wing cannot impose its brutal austerity and violence unchecked. We celebrate this resistance. Socialist Cuba, ALBA and the revolutionary movements in Latin America are a beacon of hope; inspiring those fighting against capitalism and imperialism, for liberty and international equality.

Link to the official call for the conference and conference programme here: