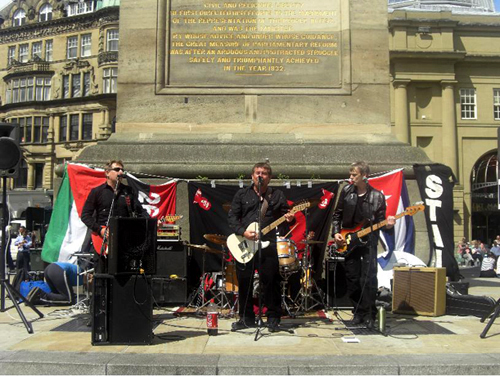 On Saturday 25th July Rock around the Blockade in Newcastle held a street celebration at Grey’s Monument, to mark the anniversary of the 26th July Movement.

Possibly the biggest Che flag I have ever seen adorned the Monument, along with 26 Julio, Cuba and Palestine flags. We also had an information stall with a canes attached flying the flag of the Tamil people. This, along with the weather being on our side, brought in a crowd of around 100 people who had a lot of interest in what we had to say.

We started by saying that we were there to celebrate the 26th July Movement and 50 years of the Cuban revolution and that we celebrate it because Cuba is a socialist country which is able to meet the needs of its people without the need for exploitation, oppression, imperialist war, racism or poverty. It is not just by chance that they are able to do this; Cuba can do this because the mass of the Cuban people are in power and are leading and pushing forward their revolution which puts people before profit.

Unlike in imperialist Britain, one of the richest countries in the world, rich on the stolen wealth from the mineral resources and exploited workers around the world, and because Britain is a capitalist country and puts profit before people we have an NHS, education and housing system which is being sold off and privatised, our rights to welfare are coming under attack as are our civil liberties. The government gets away with this by using racism to justify its actions abroad and to keep us divided in this country by blaming immigrants for our problems. In Cuba, they have one of the best healthcare and education systems and they have their basic needs and rights met so that they are able to develop as human beings. As well as this, despite the global economic crisis we are in, not one person in Cuba has lost their job or home as a result, unlike in Britain, were the government is trying to pay itself out of the crisis by throwing money at the banks and by increasingly attacking the living standards of the working class here and internationally.

We played revolutionary music off a CD player, and then another speech was given about how the gains in Cuba would be impossible if the Cuban people hadn’t fought back against the Batista dictatorship and against US neo-colonialism. The Cuba people fought back to get power into their own hands, because when power was in the hands of a rich, minority elite the mass of the Cuban people had little or no access to clean running water, electricity, enough food, a decent job and home, education and healthcare and political representation. Cuban society is led and participated in by the masses through the mass organisations, the democratic system, where they elect representatives who don’t get paid a politicians wage, they don’t get paid more than they did in their previous job, and are recallable at any time, they are accountable to the people. Unlike in Britain where our politicians get into power with not many people voting, they aren’t accountable, can’t be recalled, earn over £60,000 a year and still have their hands in the till to get even more as we have seen with the recent expenses scandal. In Cuba, the people don’t give away their power when they vote.

After this we had music from Stan, a well know local band, which drew in an even bigger crowd. Check out their MySpace page: www.myspace.com/stanmyspace

Then we had speeches on the blockade imposed on Cuba by the US and the case of the Cuban 5, ALBA and the military coup in Honduras, and the Cuban Women’s Federation (FMC) and role of women in Cuba. 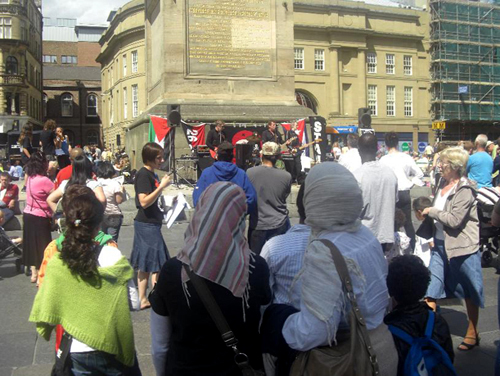 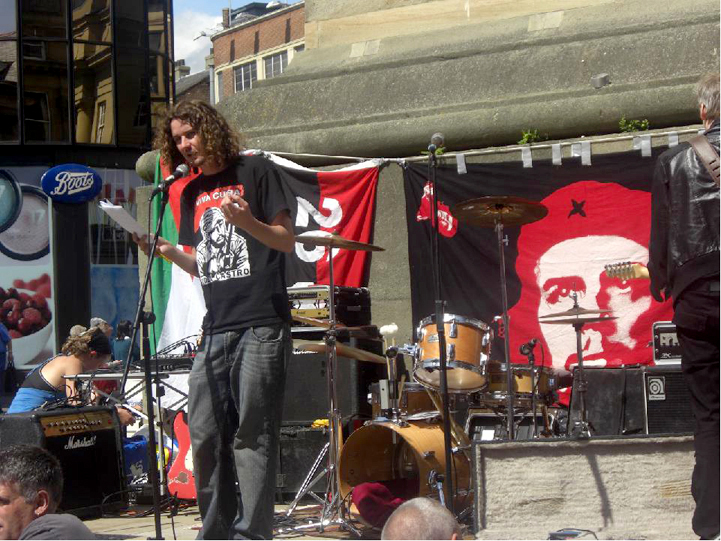 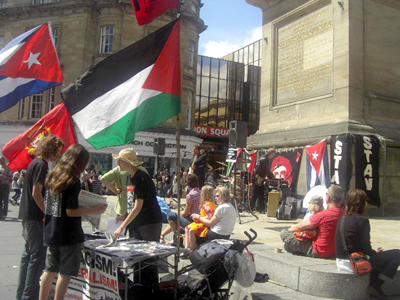 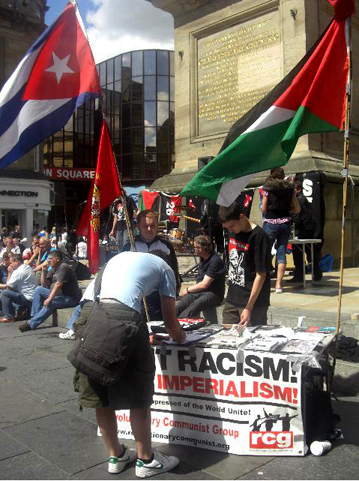