'Stand up for Cuba!' comedy fundraiser 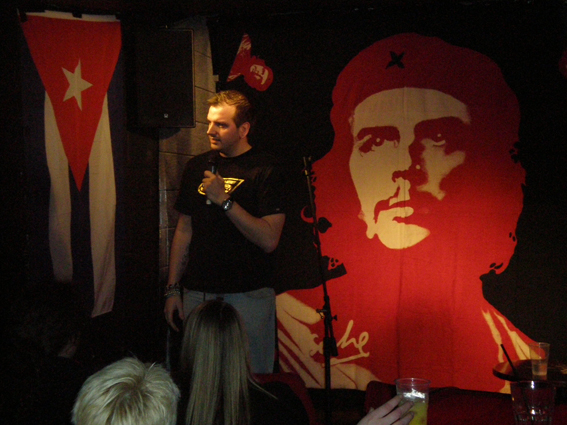 On Sunday 1 April, Rock Around the Blockade activists from Scotland held a fundraising comedy night to raise material aid for a ‘Workshop of Transformation’ street art project in Havana, Cuba.

‘Stand up for Cuba!’ saw several top local comedians perform to the 50 or so people who had forgone Scotland’s World Cup qualifier to come to Maggie May’s and help support the Cuban Revolution.

Compere Sian Bevan got the gig underway, followed by Niall Browne, Hamilton funny-man John Gavin and Elaine Malcolmson. Against a backdrop of a giant Che banner, Cuba and Venezuela flags, headliner Billy Kirkwood tore up the stage with a great set to end the evening.

A good night was had by all as the drinks and jokes flowed and much money was raised.  RATB activists introduced and concluded the night, making clear the importance of the forthcoming brigade to Cuba and thanking all involved, especially the comedians, who very generously performed for free. In the words (near enough) of John Gavin:  “The credit crunch? I heard some guy on the news complaining about how his savings went from £400,000 to £100,000...Am I supposed to feel bad? You could times the money in my bank account by a 100,000 and it would still be f*** all!” 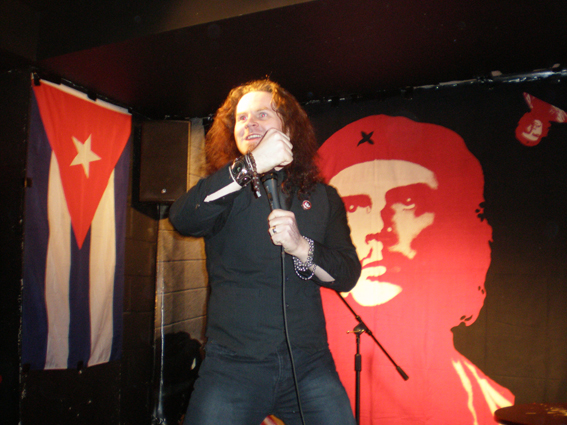 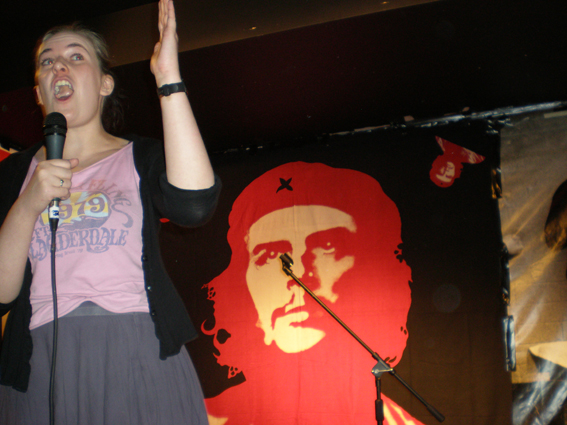