New abusive measure against René of the Cuban Five

Background information on this situation can be found here: Rene Gonzalez to be released 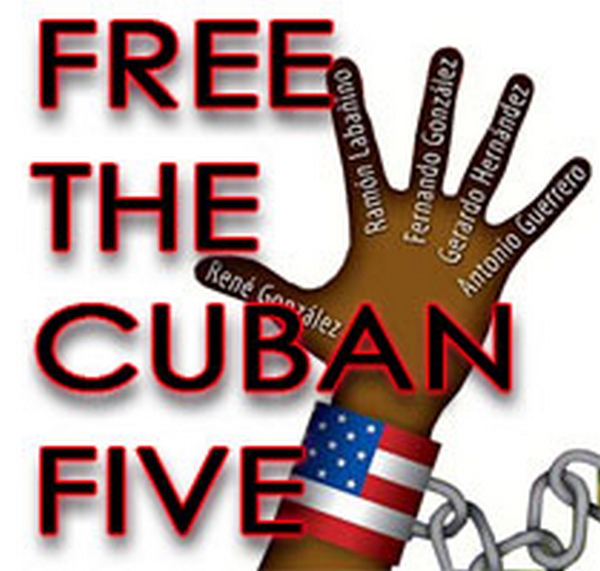 René González Sehwerert, Hero of the Republic of Cuba, has been the subject of new arbitrary measures by the Government of the United States that is toughening the conditions of his supervised release, making it seem even more as prison conditions, with the aim of continuing to punish him after so many years of unfair and cruel treatment.

Since September of 2012, the Department of State has denied all requests by the Cuban Interests Section in Washington to let Cuban diplomatic officials visit René. These visits had been permanently authorized during the 13 years in which he was imprisoned and during the first few months of his supervised release upon finishing his prison term. Up to now our Diplomatic Mission in the United States has unsuccessfully presented the Department of State several alternatives for continuing regular consular visits to René, and these have been rejected.This fact constitutes a flagrant violation of the obligations of the Government of the United States under the Vienna Convention on Consular Relations of 1963 which covers René González’ right to freely have communications with Cuban Interests Section officials in Washington and for those officials to do likewise and be able to visit him.This deliberate and cruel decision also represents an additional punishment that is added to the already strict conditions of René’s supervised release. René is forced to remain another three years in the United States, separated from his family, after having served up to the last day his long and unfair prison sentence.Cuba strongly denounces this arbitrary decision of the United States authorities which violates René’s rights while at the same time making the American government responsible for [his] physical safety and integrity.Cuba will not cease to denounce these abuses before the whole world, and it will not relent in its efforts to attain the return to their Homeland of René and of Gerardo Hernández Nordelo, Ramón Labañino Salazar, Antonio Guerrero Rodríguez and Fernándo González Llort, unjustly imprisoned in the United States for almost 15 years.Havana, February 27, 2013