Free the Cuban 5: The Struggle Continues 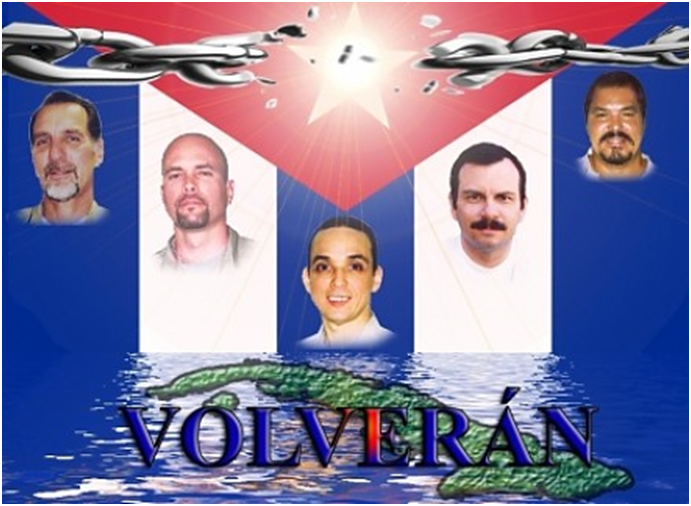 Regretfully we are cancelling the Rock around the Blockade (RATB) meeting, ‘Free the Cuban 5: The Struggle Continues’, which was due to take place at Bolivar Hall in London on Saturday 15 September.

Instead we will be holding a demonstration for the Cuban 5 on the same day, to mark 14 years of their unjust imprisonment (see below for details).

The reason for the cancellation is that our guest speaker, Cuban activist Lázaro Oramas, was unable to get a visa from the British consulate before the date of the meeting. Other invited speakers were also unable to attend for various reasons.

Instead of the meeting we will be marking 14 years of unjust imprisonment for the Cuban 5 with a street rally in Angel, North London on the same day. We hope that you can join us to raise the profile of the case and demand justice for the Five.

Street Rally for the Cuban Five