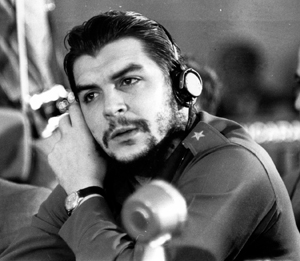 First published in English by the Executive Secretariat of the Organization of the Solidarity of the Peoples of Africa, Asia, and Latin America (OSPAAAL), Havana, April 16, 1967.

"Now is the time of the furnaces, and only light should be seen."

Twenty-one years have already elapsed since the end of the last world conflagration; numerous publications, in every possible language, celebrate this event, symbolized by the defeat of Japan. There is a climate of apparent optimism in many areas of the different camps into which the world is divided.

The Cuban delegation to this assembly has pleasure, first of all, in fulfilling the pleasant duty of welcoming three new nations to the large number of nations whose representatives are discussing the problems of the world. We therefore greet through their Presidents and Prime Ministers the people of Zambia, Malawi, and Malta, and express the hope that from the outset these countries will be added to the group of non-aligned countries which struggle against imperialism, colonialism, and neocolonialism.

Speech delivered March 25, 1964 at the plenary session of the United Nations Conference on Trade and Development (UNCTAD) at Geneva, Switzerland, at which Guevara headed the Cuban delegation.

The delegation of Cuba, an island nation situated at the mouth of the Gulf of Mexico in the Caribbean Sea, is addressing you. It addresses you under the protection of its rights, on many grounds, to come to this forum and proclaim the truth about itself. It addresses you first of all, as a country that is building socialism; as a country belonging to the group of Latin American nations, even though decisions contrary to law have temporarily severed it from the regional organization, owing to the pressure exerted and the action taken by the United States of America. Its geographical position indicates it is an underdeveloped country that addresses you, one which has borne the scars of colonialist and imperial exploitation and which knows from bitter experience the subjection of its markets and its entire economy, or what amounts to the same thing, the subjection of its entire governmental machinery to a foreign power. Cuba also addresses you as a country under attack.

On growth and imperialism

Speech at the Special Meeting of the Inter-American Economic and Social Council of the Organization of American States in Punta del Este, Uruguay, August 8, 1961.

Like all other delegations, we must begin by thanking the government and the people of Uruguay for the warm welcome we have received on this visit.